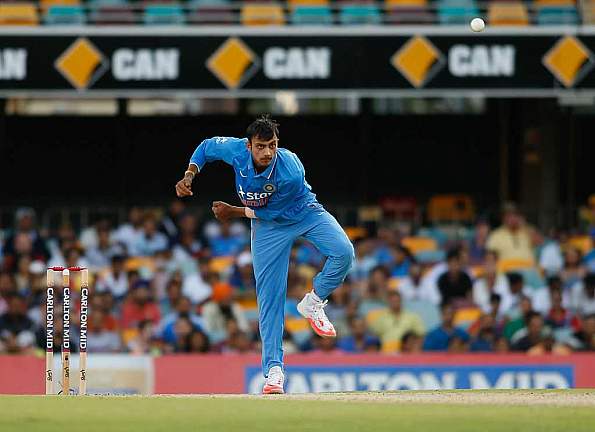 Left-arm spinner Axar Patel has been called in as a replacement for Ravindra Jadeja in the 16-man Indian squad for the third and the final Test of the three-match series against Sri Lanka, beginning August 12 at the Pallekele International Cricket Stadium.

“The All-India Senior Selection Committee on Tuesday named Axar Patel as the replacement for Ravindra Jadeja in the team for the 3rd Test, which starts from August 12, 2017, at Pallekele International Cricket Stadium,” the Board of Control for Cricket in India ( BCCI).

Earlier, Jadeja was suspended for the Pallekele Test against Sri Lanka after accumulating six demerit points over a 24 month period.

During the third day’s play of the Colombo Test against Sri Lanka on Saturday, Jadeja was found guilty of breaching ICC Code of Conduct which relates to “throwing a ball” in a “dangerous manner” during an International Match.

Saturday’s incident happened on the final delivery of the 58th over when Jadeja, after fielding off his own bowling, threw the ball back at the batsman who had not left his crease. The on-field umpires deemed the throwing “in a dangerous manner” as it narrowly missed Dimuth Karunaratne.

Meanwhile, it should be noted that this is the maiden Test call-up for Axar, who has appeared in 30 ODIs and seven Twenty20 Internationals for India.

Axar, who last played for India in the fifth ODI against New Zealand in Vizag on October 29, is currently with the India A team for a tri-series in South Africa. However, he will now join the Indian team ahead of the final Test.

ALSO READ: Trophy experience for FIFA U-17 WC to kick off mid-August

India, who registered a comprehensive win by an innings and 53 runs against Sri Lanka in the second Test in Colombo, is currently leading 2-0 in the three-match series.