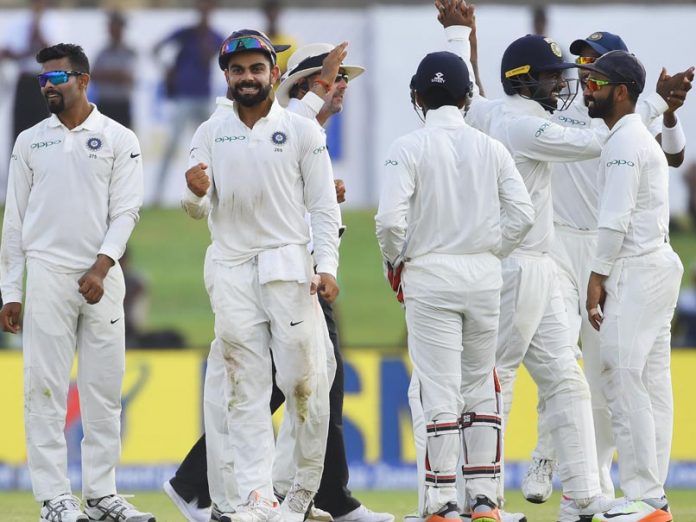 India put up a massive total of 600 in the first innings with the help of the first test century put by Shikhar Dhawan (190) on board and Cheteshwar Pujara‘s anchoring knock of 153. The only bowler that impressed from the Sri Lankan side was Nuwan Pradeep who managed to get 6/132 in his 31 overs.

Sri Lanka struggled in the 1st innings and was bowled out by putting 291 on the scoreboard. Dilruwan Perera was the only batsman from Sri Lanka side to score 91* to get Sri Lanka to the halfway of the Indian total.

Skipper Virat Kohli anchored the second inning with his glorious century 153 and declared the innings after the total score of 240/3. Sri Lankan team collapsed 304 runs short of the total in the second innings and Ravindra Jadeja proved to be the most effective bowler from the Indian side and managed to take 3 wickets in both the innings.

Man of The Match: Shikhar Dhawan