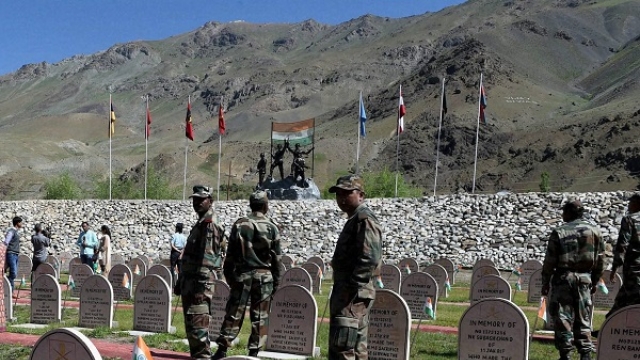 Many more politicians including Rajnath Singh took it to Twitter and paid homage to the martyred soldiers. BJP president Amit Shah paid floral tributes to Kargil martyrs and felicitated war veterans at the party headquarters in New Delhi.

Remembering our brave soldiers who fought gallantly for the pride of our nation & the security of our citizens during the Kargil War.

Salute to the valour of our soldiers on #KargilVijayDiwas pic.twitter.com/xibnAqoj3c 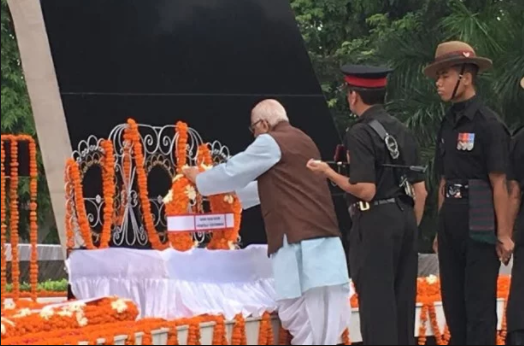 Indian Army is a disciplined, determined and dedicated force. Kargil Vijay Diwas is a celebration of India’s exemplary defence capabilities

Remembering & Saluating our brave soldiers for their courage, valour and commitment on #KargilVijayDiwas

On #KargilVijayDiwas, I salute the brave heroes of our armed forces who defended the nation and led us to victory. pic.twitter.com/ppfLAdYbil

18 yrs since #KargilVijayDiwas .Tribute to those who lost their lives for the nation.Bow down to you& Salute to our true heroes,our soldiers pic.twitter.com/tXViO6Q8aU

On #KargilVijayDiwas, let’s salute our heroes. One of my SandArts for the brave hearts . pic.twitter.com/QNiG54DZQd

Paid floral tributes to the martyrs of Kargil war on the eve of Kargil Vijay Diwas at BJP HQ, New Delhi. pic.twitter.com/LEUcN1sFGs

This monumental flag was installed at the Kargil War Memorial by @FFOIndia to commemorate the brave Martyrs🙏 #KargilVijayDiwas pic.twitter.com/UVwg2w7CSd

On Kargil Vijay Diwas remembering our brave men in uniform for their courage, valour and commitment. Salute! #KargilVijayDiwas pic.twitter.com/hVjSXw7VSe

Singer Kailash Khair tweeted a picture with actor Randeep Hooda traveling to Kargil and Drass sector to pay homage to the martyrs:

Sarabjit actor Randeep Hooda also posted a picture with the Tiranga after reaching the Drass sector:

Landed in Srinagar #Kashmir with the #Tiranga in full flutter..Heading to #Kargil #Drass to meet our boys #Motorcycle #car #SolidarityRally pic.twitter.com/FXN2gVqGbk