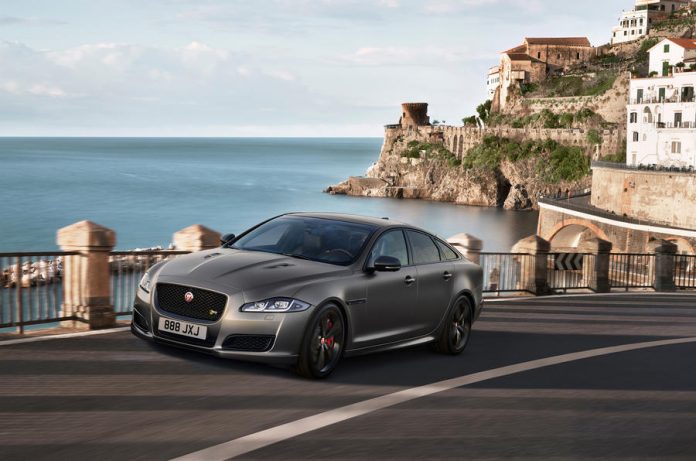 British automaker Jaguar is all set to overhaul its XJ model range, which is going on sale from autumn this year. The list of variants of the revamped XJ will also include the XJR575. The letter ‘R’ means it will be a performance-oriented derivative of the company’s limousine and will also be the flagship offering from the carmaker. 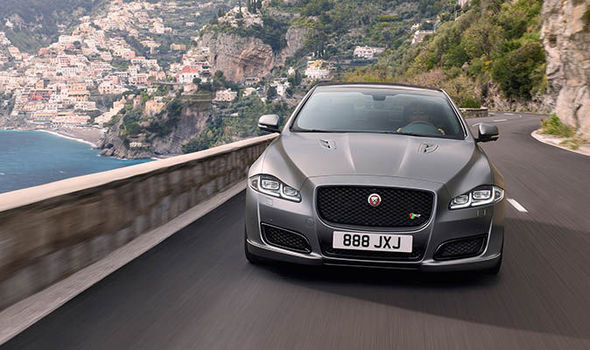 The updated XJR575 comes with the same 5.0-litre, supercharged V8 petrol engine but pack more punch than its predecessor. The engine belts out 575PS of power and 700Nm of torque, which is 25PS and 20Nm more than the XJR variant released in 2014. Transmission responsibilities are handled by an 8-speed automatic transmission and power is sent to the rear wheels only. The setup is enough for the car, which weighs around 2 tonnes, to hit 100kmph from standstill in 4.4 seconds and reach a top speed of 300kmph.

To keep the XJR575 away from the regular bunch, the Special Vehicle Operations (SVO) team was consulted. As a result, customers opting for the super-fast XJ will have the option to choose from two bespoke body paints – Velocity Blue and Satin Corris Grey.  And that’s not all. The XJR575 will also feature some tailor-made detailing like a rear spoiler, side sills, front bumper and lower air intakes featuring Gloss Black surrounds. 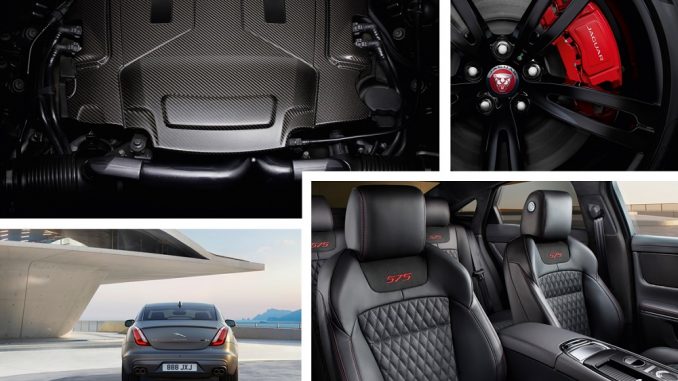 The XJR575 will also wear its name at the back. Additionally, the twin bonnet louvres mark the vehicle out from the rest of the range while 20-inch Farallon gloss-black wheels with red brake callipers are the final dynamic flourish. Inside the cabin, there are embossed tread plates, ‘575’ intaglio and diamond-quilted seating available in multiple colour options and finished with additional ‘575’ branding.

All the variants of the 2018 XJ model range will be available in both regular and long-wheelbase versions. A total of six different variants is expected to hit the showrooms, comprising of one diesel (3.0-litre) and two petrol (3.0-litre and 5.0-litre) engine options.