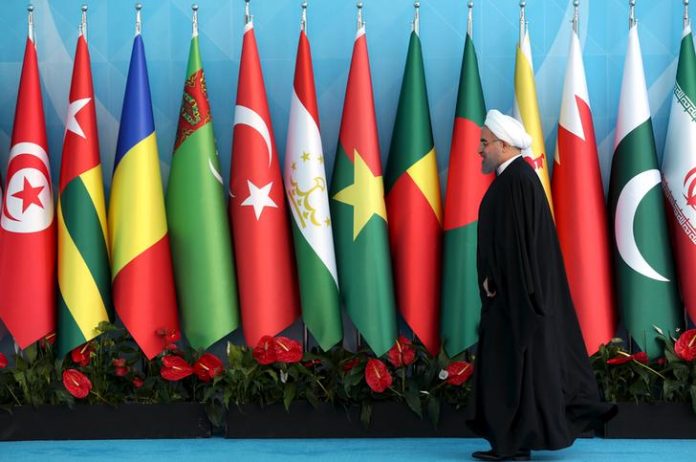 India on Tuesday outrightly rejected the resolutions passed by the Organisation of the Islamic Cooperation (OIC) relating to Jammu and Kashmir.

In its statement, the Ministry of External Affairs (MEA) said the OIC has no locus standi on India’s internal affairs, strongly advising the organisation to refrain from making such references in future.

“India notes with utmost regret that the Organisation of the Islamic Cooperation (OIC), during its 44th Session of the Council of Foreign Ministers held in Abidjan, Cote d’Ivoire on July 10-11, 2017, has again adopted certain resolutions which contain factually incorrect and misleading references to matters internal to India, including the Indian state of Jammu and Kashmir, which is an integral part of India,” the Ministry of External Affairs said in a statement.

“India out rightly rejects all such references,” it added.

The 44th Session of the OIC Council of Foreign Ministers (CFM) held in Abidjan, Republic of Cote d’Ivoire had called upon India to implement the UN Security Council resolutions to resolve the Kashmir dispute.

The resolution, adopted unanimously by the 56-member Council on the alleged human rights violation, noted that Jammu and Kashmir remains the core dispute between India and Pakistan, and its early resolution is imperative for bringing peace to South Asia.

The Secretary General noted that the OIC affirms its commitment to follow up on the resolutions adopted by the Summit and the Ministerial Council, especially those relating to the situation in Somalia, Afghanistan, Syria, Libya, Mali, Sahel, the Sudan, Comoros, Djibouti, Yemen, Iraq, Azerbaijan, Guinea, Cote d’Ivoire, Guinea, Sierra Leone, Guinea Bissau, Jammu & Kashmir, Bosnia and Herzegovina, Kosovo, Turkish Cyprus, the Rohingya in Myanmar, the Muslim communities in the Philippines and Thailand, and the Muslim minorities in the West.