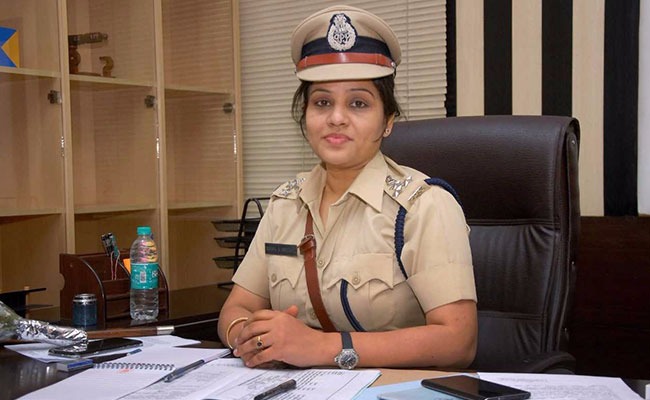 Bengaluru (Karnataka): Karnataka Director General of Police, R.K. Dutta on Tuesday said that former DIG (Prisons) D. Roopa has been allotted a responsible position and it is not a punishment posting.

The state government on Monday transferred her out of the Prisons Department to the post of DIG, Commissioner for Traffic and Road Safety, Bengaluru. Sathyanarayana Rao has been asked to ‘proceed on leave’.

“She (D. Roopa) has been given an important, that is a responsible position of road safety. She has to reduce the road accidents. All postings are equally important. It is not at all a punishment posting,” R.K. Dutta told the media here.

Meanwhile, Roopa today said that the government has the right to transfer officers and followed the orders accordingly.

“The government has every right to transfer officers. I followed the orders. I am thankful to Madam Kiran Bedi as the support from her is invaluable to me,” D. Roopa told media here.

Roopa, in a report to the Director General (Prisons), had said there are speculations that Sasikala paid bribe to prison officials to get special facilities for herself with rumours also of the DG being a beneficiary himself.

In this regard, Siddaramaiah assured that strict action would be taken against the guilty, while taking cognizance of allegations of irregularities in the Bengaluru central prison.

The Karnataka Chief Minister said he has ordered a high-level inquiry into the matter.

On one hand, where the DG (Prisons) categorically denied all the charges, Roopa, on the other, maintained her stand, saying that she has no issue with an inquiry taking place into it.

On July 14, Roopa had also said she is being unnecessarily targetted and singled out for exposing irregularities at the Parappana Agrahara Central prison.