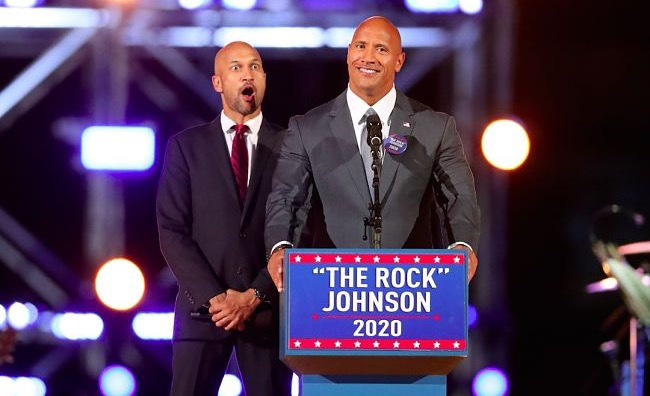 The WWE champion turned movie action hero could be taking on the Business Tycoon/sitting president Donald Trump to become the most powerful leader in the World.

According to reports, the official paperwork has been filed on behalf of the ‘The Rock’ by a man from West Virginia called Kenton Tilford.

The connection between the two men is, as of yet, unknown.
We have seen charismatic Dwayne Johnson take on everything from earthquakes to mummy-hunting archaeologists to ‘furious’ road-rages in his films.

Sure The Rock would make a better president than Trump, but so would an actual rock.

He has even shown comedic talent, playing Obama in a Saturday Night Live show before a podium labelled ‘The Rock Johnson 2020’.

However, now that the joke is on its way to become a reality, what sort of President would he be? Is the American public getting tired of celebrities trying their hand at politics?

Rumours have been circulating for quite some time. Back in June 2016, Alyssa Rosenberg from The Washington Post wrote an opinion article which suggested that Dwayne could be a viable candidate.

Here, Alyssa stressed how The Rock’s national and global popularity could prove to be an important factor when gathering support.

If he doesn’t have any policy or issue bona fides, Johnson’s relative silence on certain issues also means he doesn’t have a record that can be used to tar him as some sort of flip-flopper.

And he could also make a series of carefully selected charitable and political donations designed to start building a record of positions.

okay, the rock is pretty cool but have we not learned
CELEBRITIES
CAN
NOT
RUN
THE
COUNTRY https://t.co/vtHtmlRwsn

In May this year, The Rock spoke with GQ about the ‘real possibility’ of running for the presidency.

Here, GQ writer Caity Weaver praised Dwayne’s ‘industrial strength patriotism’, with the athletic actor often taking to social media to give thanks and appreciation to members of the US armed forces.

Dwayne also gave a glimpse, as to what his presidential style might look like, making the following statement: 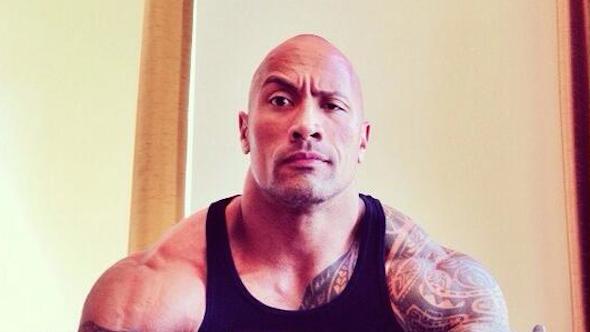 Taking responsibility for everybody. [If I didn’t agree with someone] on something, I wouldn’t shut them out. I would actually include them.”

Till now, Dwayne has remained pretty neutral while discussing his political views and he is standing as an Independent candidate rather than a Democrat or a Republican.

However, he has in the past been a supporter of the Republican Party, speaking at the Republican National Convention back in 2000. He has also been an active campaigner in encouraging young people to vote.

Only time will tell whether or not there are some winning policies behind that winning smile.