Hyperloop has already made a buzz in India and the technology looks straight out of a sci-fi movie. If the architecture student Brandan Siebrecht’s concept ‘Hyperloop Hotels’ is to be believed, there is no need to check out from your hotel while travelling. The hotel itself will take you to the desired destination. 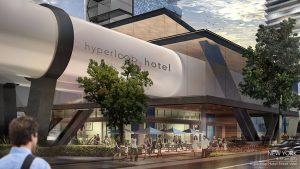 ALSO READ: This men’s washroom in Lonavla resort will surely make you uncomfortable 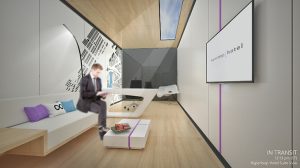 Maybe it’s too early to determine the cost of such luxury, but keeping in mind the future mode of transportation, Siebrecht says for a flat fee of $1,200 (Rs 77,000 approx) a room can be booked in the ‘Hyperloop Hotel’. Nevertheless, the concept could really revolutionize transportation system we use today.