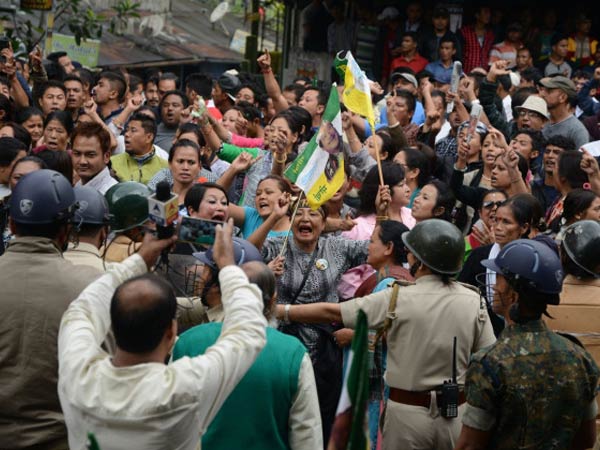 Darjeeling (West Bengal) [India], June 16 (ANI): Amid escalating tension in Darjeeling, a health care centre in Lodhama and a hydel project in Rimbik were set ablaze by some miscreants last night.

Gurung earlier had said that the police were working like the All India Trinamool Congress (TMC) cadre and the fight wouldn’t stop even if all Central Reserve Police Force (CRPF) personnel of country were sent to Darjeeling.

“The police work like TMC cadre. Even if all CRPF personnel of country are sent here, our fight won’t stop,” Gurung said.

Earlier, as many as six parties including the GJM and the Bharatiya Janata Party (BJP) adopted a resolution for a separate Gorkhaland state.

The Trinamool Congress (TMC) did not attend the meeting.

The Ministry of Home Affairs (MHA) is monitoring the situation developing in Darejeeling.

Inculpating the ruling TMC for the ongoing protest in Darjeeling by the GJM, the BJP accused the state government of alienating the community, which resultsed in them facing an identity crisis.

“The Gorkhas belong to India, but the state government has alienated them to such an extent that they lost their belief of belonging to this country. It is the identity crisis which has initiated such violence,” BJP state vice president Chandra Kumar Bose told ANI.

Bose held the state government responsible for the escalated tension in Darjeeling and said that the ruling regime cannot solve this issue by simply providing some funds and forming the Gorkhaland Territorial Administration (GTA).

West Bengal Chief Minister Mamata Banerjee has branded the GJM protest as ‘abhorrent’ and appealed to the people of the region to maintain peace.

The GJM supporters are also protesting against the alleged imposition of Bengali in the schools of the hills.