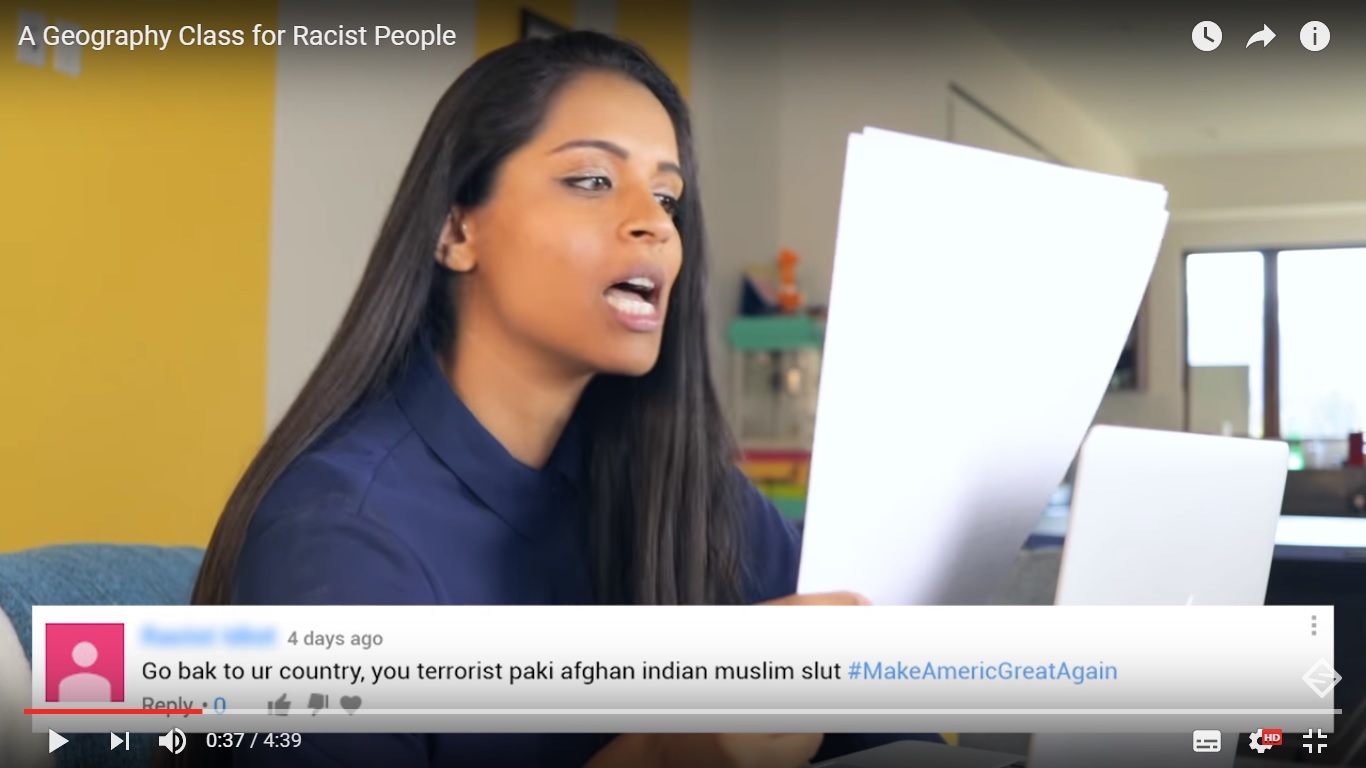 If you love comedy and are frequent on YouTube then you cannot not know Lily Singh the Canadian Punjabi girl who kills you with her inimitable take on desi humor.

Born to Indian immigrant parents who moved from India’s Punjab to settled in Canada, Lily who was a shy tomboy growing up is a billionaire social media tycoon today. Presently settled in the US her tribe online has been growing and is currently followed by, 11,642,760 – yes, 11 million – on her YouTube channel named, Superwoman.

She describes herself as, ‘50% Entertainer, 30% Hustler, 20% Unicorn and 10% Bad at math’ – Videos. Whereas, in reality she is a 100% independent and successful businesswoman today – the real desi Superwoman.

But, Lily is not your garden variety Superwoman who swoops in and slays the villains. She kills ’em all using badass humor and her brand of droll wit coupled with desi satire. Hey! what’s not to like?

Also Read: In which Sushma Swaraj could tutor Donald Trump on how to own Twitter

Ever since she moved to the US a year or so back, from Canada, Lily’s videos have become even more interesting and inspiring for many who resonate with her story of shy and almost-depressed girl coming on her own to become an Internet sensation. She has literally broken the glass ceiling by becoming the rare desi girl from a middle class family of first generation immigrants, making it on her own in big bad Hollywood.

Today she is an inspiration to many and an Internet influencer to 11 million.

Her fame has helped her feature film stars from both Hollywood and Bollywood in her videos. From The Rock to Madhuri Dixit and Priyanka Chopra she’s had her share of celebs grace her videos.

Never shy of giving it back to the bullies and trolls on and off the Internet, Lily’s latest video is a laughter riot. It puts all those who think that by trolling brown women and by calling them, “terroristPakiAfganiIndianmuslimslut and asking them to go away in order to make “Americgreatagain (sic) they are doing their country a great service.

If you do not find it funny when Lily chops xenophobes to size in her own inimitable style then you are probably one of them.

Lily has never been shy of pulling the punches or calling spade what it is. Here she calls the racist trolls, uneducated and decides to hold a quick Geography class for them.

Watch it here at your own risk. Laughter and rolling on the floor is guaranteed especially if you have been trolled for your skin color or belief ever and that happens everywhere – even here in India. The video has already gathered, 2,843,074 hits in one day and it’s growing even as I write.

I won’t be surprised if people peg it as a direct attack on the xenophobia and racism unleashed by Donald Trump‘s presidential campaign from last year and from his foreign policies as the President of the United States.

Lily has a right to get angry as the Forbes magazine put her on their 2015 list of highest paid YouTube stars, where she ranked 8th with a net worth of more than $2.5 million before tax deduction. Her yearly earnings come close to $1.9 million.

She pays a whole lot of money in taxes and is actually helping to #MakeAmericagreat and making Trump’s battle cry of the Others Vs Americans sound like what it is – a figment of active imagination. Well done Lily!