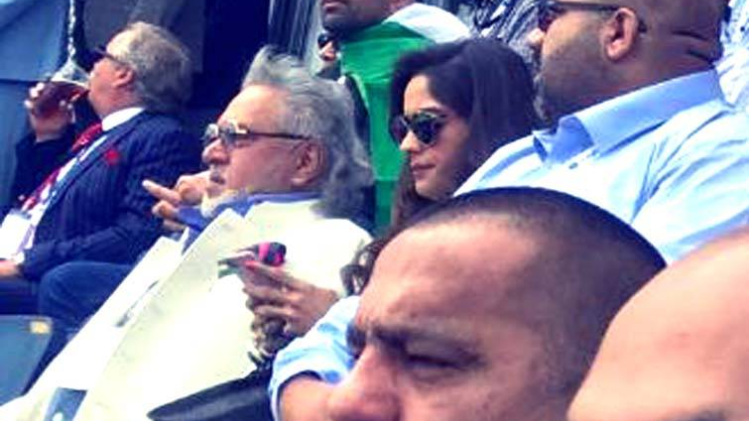 Birmingham: Vijay Mallya, the absconding Indian Business tycoon, was today spotted at the India-Pakistan Champions Trophy game in London.
Pictures shared widely on several social media sites showed the owner of the now-defunct Kingfisher Airlines sitting in the stands wearing a white coat. His presence at the stadium in Edgbaston, Birmingham was confirmed by news agency ANI. 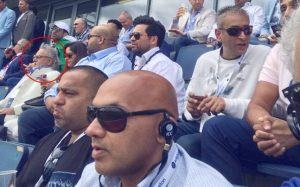 Mallya, who owes Indian banks Rs 6,963 crore (Rs 9,000 crore with interest), is wanted in India for cases relating to foreign exchange violation, debt recovery and embezzlement. He fled India for the United Kingdom  last year in March and was officially declared an absconder by a special Prevention of Money Laundering Act court in November last year.

ALSO READ: Police arrests 12 in connection with London terror attack
Mallya, known for leading a flamboyant and extravagant lifestyle, has been fighting an extradition case in the UK. In April this year, London’s Scotland Yard, acting upon India’s request, formally arrested Mallya on an extraction warrant. He was taken to a local court, which granted him bail.
He is set to appear at the British court on May 17 and India has been pushing for Mallya’s extradition, with even the Prime Minister’s Office getting involved.
In November last year, Prime Minister Narendra Modi personally explained to visiting British PM Theresa May why it was important that Mallya be returned to India.