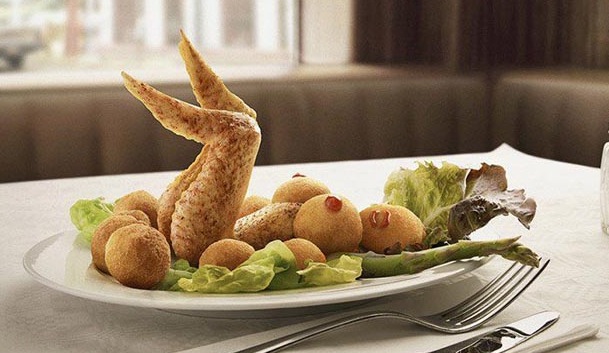 Washington D.C.: Hashtags are changing the way we look at food but is it for the better?

They may inspire some serious food envy, but can the beautiful photos of tempting delicacies on our social media feeds educate and encourage healthier eating?

That was the question explored by a team of researchers from the Columbia University and the Harvard John A. Paulson School of Engineering and Applied Sciences (SEAS).

The results of the study were presented at the ACM SIGCHI Conference on Human Factors in Computing Systems in Denver, CO.

“We know that humans learn by observing each other,” said first author Marissa Burgermaster. “Our research explored whether we could leverage the popularity of online quizzes and food photos to develop new ways to teach people about nutrition.”

So, Burgermaster and co-author Lena Mamykina teamed up with Krzysztof Gajos to develop an online experiment to test how people learn about nutrition.

Gajos is a pioneer in online experiments. In 2011, he co-founded LabInTheWild, an online platform for conducting behavioural research with unpaid, online volunteers.

“Online experiments offer controlled but real-world environments to learn about the mechanisms of behavior,” said Gajos. “These platforms offer a faster theory to experiment cycle and can provide more reliable data since the unpaid volunteers are motivated by curiosity or interest in social comparison.”

Using LabInTheWild, the researchers designed an experiment to test how people learn about nutrition in the context of a social, online quiz. The team was specifically interested in participants’ knowledge of macronutrients, including carbohydrates, protein, fat and fibre.

About 2000 people participated in the experiment over a six-month period.

The researchers found that, unsurprisingly, the participants who received additional information explaining the correctness of their answer did better on the quiz and learned more than participants who got no feedback or no explanations.

“These findings suggest that rather than relying on experts to teach nutrition literacy online, we can corral the wisdom of the crowd to help people make more informed decisions to improve their health,” said Mamykina.

ALSO READ: Prepare your gut and challenge yourself to try these Indian dishes

“We’re never going to be able to unleash an army of expert nutritionists to correct all the nutrition information on social media,” said Burgermaster. “But we can tap into a larger, online social network. Our research shows that those social platforms could be used for learning and to nudge people towards healthy behaviors.”

“This research is another example of the transforming relationship between science and society,” said Gajos. “By participating in an online experiment, participants gained knowledge that directly impacts their own life and decision making.”

The study appears in the journal Proceedings of the 2017 CHI Conference on Human Factors in Computing Systems.