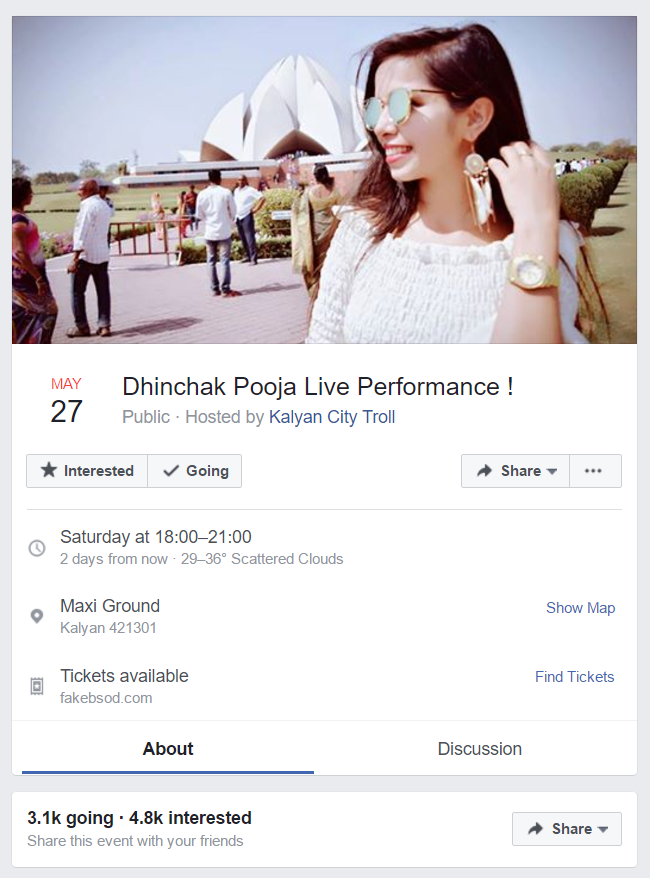 Internet sensation Dhinchak Pooja is quite popular on most Facebook walls these days. Her three YouTube videos have a combined total of 11 million views with most of those views coming from friends trolling each other on social media and some from genuine curiosity.

For fans of Dhinchak Pooja, there was cause for jubilation. A recent event on Facebook has advertised Dhinchak Pooja’s first live performance. What’s more interesting/worrying is that there are 2,900 people ready to attend the concert and 4,700 people are interested in attending.

Tickets were priced at Rs. 7,500 which does seem rather exorbitant for a debut concert tour.

Of course, the event is a fake post created by a troll but with such interest, it won’t be long before Dhinchak Pooja assaults our ears on stage.