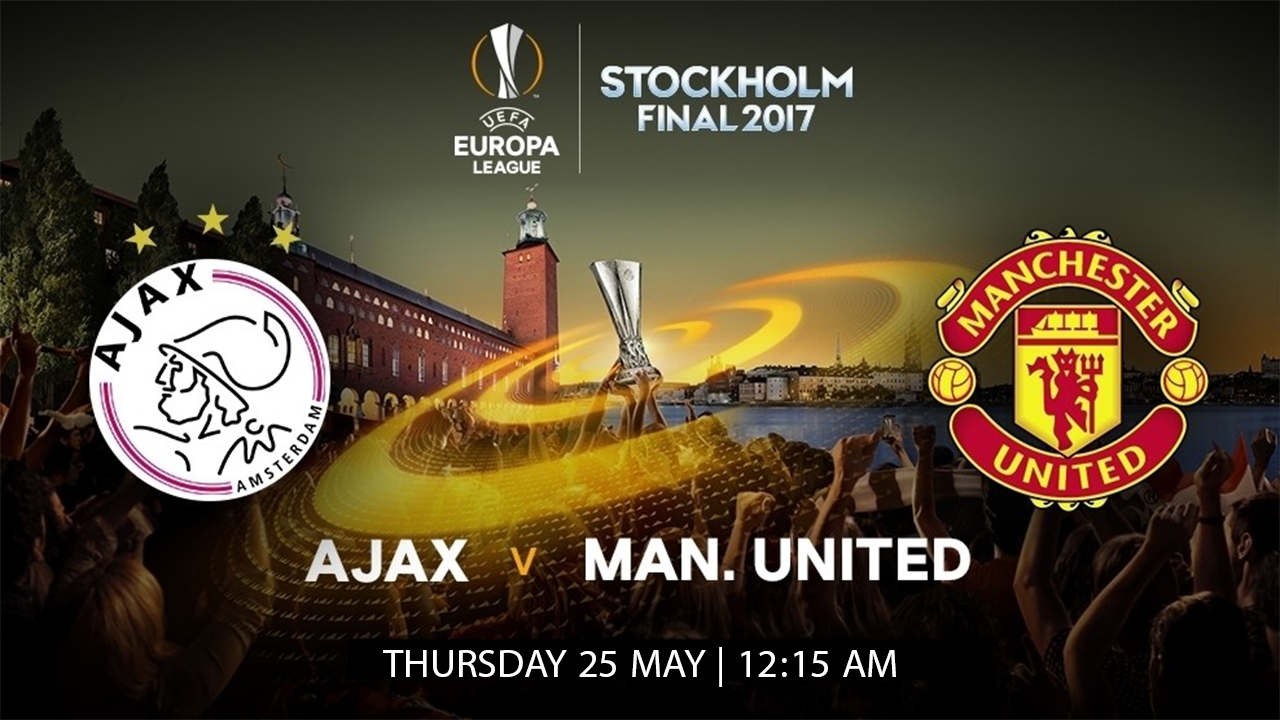 Peter Bosz, Ajax coach
I would send my players directly to the doctor if they weren’t nervous, especially because it’s their first final. It’s completely normal to be nervous, I just have to make sure that the nerves don’t get to them. We have a chance to beat Manchester United if we impose our own game. I know [my players] are young so we have to prepare them. It makes my job more interesting.

José Mourinho, Man. United manager
UEFA accepted a request from Manchester United to cancel their pre-match press conference – originally scheduled to take place on Tuesday evening – following Monday’s attacks in Manchester. The following is taken from a statement released by the club.

“We’re all very sad about the tragic events of last night; we can’t take out of our minds and hearts the victims and their families. We have a job to do and fly to Sweden to do that job. It’s a pity we cannot fly with the happiness we always have before a big game. I know, even during my short time here, that the people of Manchester will pull together as one.”