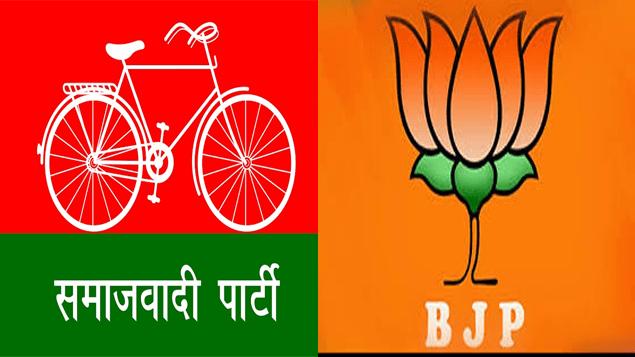 Sambhal: What started as an attempt to offer condolences to a martyr’s kin turned into a shameful display of political blame-game, resulting in an all-out brawl, right before the grieving family.

The family members of the martyr along with villagers have been on an indefinite fast since yesterday, demanding that Uttar Pradesh Chief Minister Yogi Adityanath pays a visit to their Pansukha Milak village.

“After the martyrdom of young Sukhdev, the Central Government did not give any help but our government gave Rs. 20 lakh. This government should give a job to anyone of the family member and any help that can be done towards the family should be taken up fast,” SP leader Feroz Khan told the media.

Taking the argument to another level, BJP leader Singhal stated that none of the Samajwadi Party representatives have come here during their government’s rule, this is all drama.

“The BJP government is always with the martyrs and supports them totally. None of the Samajwadi Party’s representatives have come here when they once ruled. SP party leaders are forced to come here. We will take this matter to the Chief Minister and will make every effort to support this family,” Singhal said.

Officials have been directed to arrange for a team of doctors to check the medical condition of the family members on fast and deploy an ambulance in the village, the ADM said.

The family members of Sudesh, who laid down his life on October 16, 2016, sat on an indefinite fast claiming that despite promises by the BJP leaders, none of them visited the family again.

The sepoy’s mother Santosh Kumari had said if the Chief Minister did not visit them, she will commit suicide, while his wife Kavita Kumari had alleged that many politicians had come and made various promises but none was fulfilled.

Sepoy Sudesh Kumar, was killed last year in firing by Pakistani troops along the Line of Control (LoC) in Jammu and Kashmir.