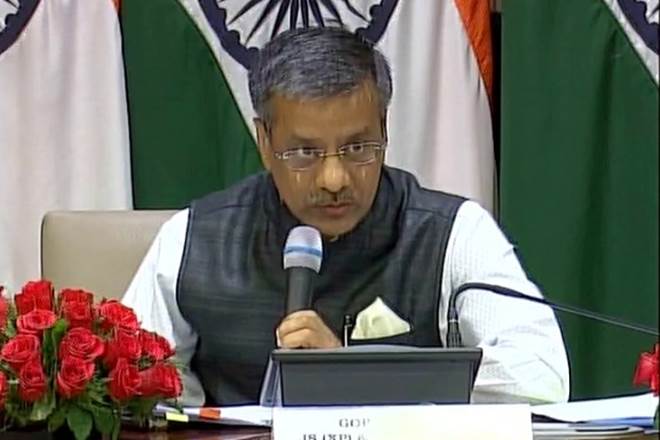 New Delhi : The Ministry of External Affairs (MEA) on Thursday described the International Court of Justice’s (ICJ) stay of Indian naval officer Kulbhushan Jadhav‘s death sentence as a matter of great relief for India and termed the verdict as “unanimous” and “unambiguous” binding on Pakistan.

“The ICJ’s order has constituted an ‘essential first step’ in ensuring justice for Jadhav. Pakistani authorities must remember that the order of the court is legally binding,” said Baglay, spokesperson of the MEA.

Earlier in the day, the ICJ had announced its verdict on the Kulbhushan Jadhav case and had dismissed Pakistan’s claim that it did not have jurisdiction over the matter.

Justice Ronny Abraham of the ICJ read out the much-awaited verdict and asserted that the case was indeed debatable, while also adding that the ICJ had prime facie jurisdiction in the case.

Abraham added that under the Vienna Convention, India should have received consular access to seek justice for the former Indian Naval officer.

The only condition under which Jadhav now stands to face execution is if Pakistan does not comply with the ICJ’s decision.

India can then go to the Security Council, which may then decide upon measures to be taken to give effect to the judgement.

The UN charter entails that ‘each member of the United Nations undertakes to comply with the decision of the International Court of Justice’ and ‘if any party to a case fails to perform the obligations, the other party may have recourse to the Security Council.’

A Pakistan military court had awarded the death sentence to former Indian naval officer Jadhav on April 10 for alleged “espionage and subversive activities.”

However, India, after being denied consular access for 16th time, dragged Pakistan to the ICJ on May 8 for violating the Vienna Convention.