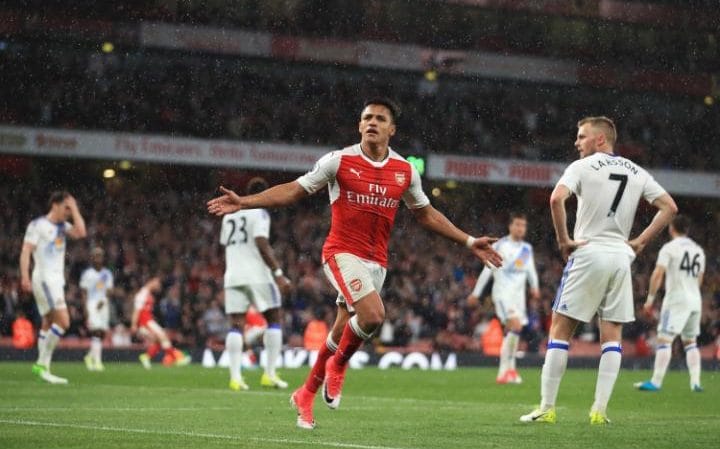 Arsenal secured a 2-0 win against Sunderland on Tuesday, keeping their hopes of securing a Champions League qualification spot alive. Arsenal striker, Alexis Sanchez scored both goals against the relegated Sunderland.

With the win, Arsenal close to a 1 point difference to Liverpool who currently hold the fourth spot on the English Premier League table. Only the top four teams qualify for the Champions League and Arsenal will hope to win their next game against Everton while Liverpool fall to Middlesbrough.