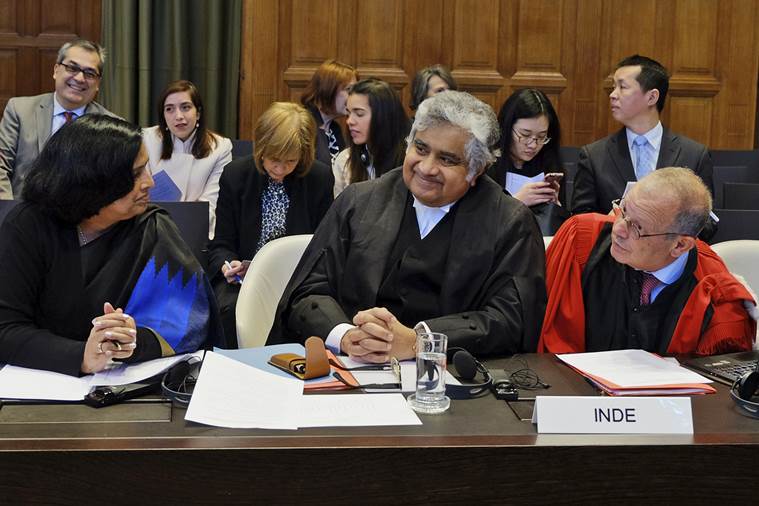 New Delhi: Former solicitor general of India Harish Salve, who is leading India’s case at the International Court of Justice (ICJ) against Pakistan’s decision of awarding death penalty to alleged India spy Kulbhushan Jadhav, has charged only Rupee one as his fee.

External Affairs Minister made the extraordinary revelation on her official Twitter handle in response to the criticism put forward by one of Twitter users.

An account by name of @goyalsanjeev had tweeted, “Any good India lawyer would have done the same and with much less expenses than #HarishSalve. Wait for the verdict!” to which Swaraj replied, “Not fair. #HarishSalve has charged us Rs.1/- as his fee for this case.”

Not fair. #HarishSalve has charged us Rs.1/- as his fee for this case. https://t.co/Eyl3vQScrs

Meanwhile, the Centre has expressed confidence about getting ‘postive response’ from (ICJ) in the Jadhav case while saying that Pakistan will soon be exposed.
“We are confident that ICJ will take decision in favour of India and Jadhva will get justice. We will expose Pakistan after getting the counselor access. Pakistan has awarded death sentence to Jadhav without any evidence of him being involved in terror activities,” Union Minister P.P. Choudhary told ANI.

In the hearing, which began yesterday, ICJ declined to play the alleged confessional video of Jadhav when Pakistan offered it as evidence during the afternoon session of the court.

Fearing that Jadhav might be executed before the hearing was over, India accused Pakistan of violating the Vienna convention and conducting a “farcical trial” without a “shred of evidence”.

While India presented its argument over 90 minutes, Pakistan, which claims that Jadhav is an agent of India’s external intelligence agency Research and Analysis Wing (RAW), took less than an hour.

India wants the ICJ to annul Jadhav’s death sentence and for Pakistan to ensure that no action is taken that may prejudice the rights of India or of Jadhav.

Jadhav, the latest flashpoint in the tensions between Pakistan and India, was sentenced to death last month.

On May 8, India moved the ICJ against the death penalty, alleging violation of the Vienna Convention on Consular Relations.

On May 9, the highest court in the UN gave Jadhav a lease of life.

India, in its appeal to the ICJ, had asserted that Jadhav was kidnapped from Iran where he was involved in business activities after retiring from the Indian Navy.

Pakistan claims to have arrested Jadhav from its restive Balochistan province.