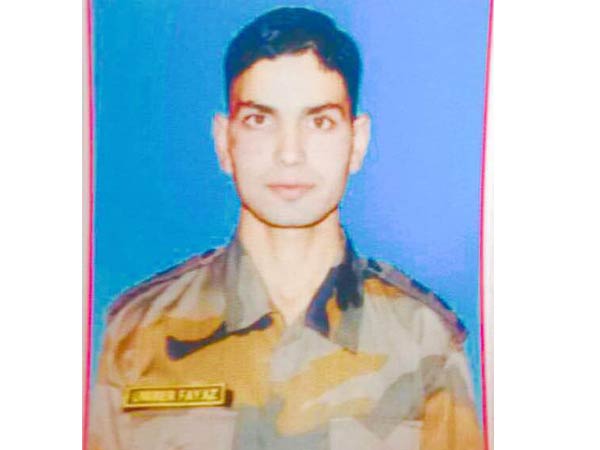 Shopian: To honour the death of Lieutenant Ummer Fayaz who was abducted and later killed by a group of militants in Jammu and Kashmir, the Indian Army has decided to rename a school after the former as ‘Lt. Ummer Goodwill School’.

Fayaz from RAJRIF unit in Akhnoor had gone to attend the wedding of his uncle’s daughter at Batapura (Near Behibagh) on Tuesday, from where he was reportedly abducted by terrorists and his bullet-ridden body was found at Harmen, said the Army in a statement.

He was abducted when he was sitting with the bride. The family did not approach the police or the Army thinking that the terrorists wouldn’t harm a Kashmiri.

But when the bullet-riddled body of Ummer Fayaz was found the next morning, emotion ran high among the locals.

His mortal remains underwent postmortem at the District Hospital in Shopian and were subsequently brought to Sursun for burial with full military honors.

His body was found lying by a local at Harman orchard and subsequently, after being informed, the police rushed to the spot.