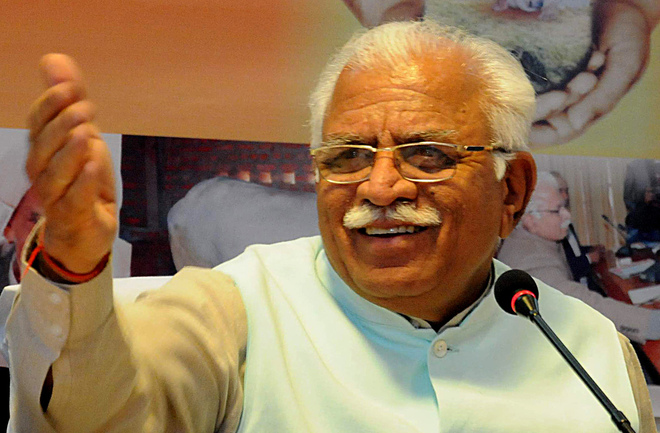 Chandigarh, May 8: Portugal’s Ambassador to India Joao da Camara today called Haryana Chief Minister Manohar Lal Khattar and informed him that several Portuguese companies were keen on investing in the state.
He told CM Khattar that a business delegation from Portugal will soon be visiting Haryana to explore the possibilities of mutual cooperation in various industries.
The exchanges between Portugal and Haryana would further strengthen the bilateral relationship between the two countries, an official release was quoted the Portuguese ambassador as saying.

ALSO READ: Jharkhand signs MoU with Oracle to promote start ups
Khattar welcomed Camara’s offer and assured him of support and cooperation to the Portuguese companies in establishing units in the state.
He directed the officers of his government to remain in touch with the Portuguese authorities in Delhi and sought a list of companies that have shown interests in investing in Haryana.
The chief minister said Haryana, which surrounds Delhi on three sides, had a huge scope for investments in infrastructure, medical education, information and technology (IT), skill development, aerospace, and agro-processing.
Besides, Asia’s biggest vegetable and fruit market was being developed on a 600-acre land at Ganaur in Sonepat district, he said, adding that the market would also cater to the needs of Delhi.
Khattar said his government was executing the peri- urban concept of farming, especially in the National Capital Region, to cater to the requirements of fruits, flowers, vegetables and milk of a 40 million population.
The over-1,200-acre Industrial Logistic Hub in the southern parts of the state and a dedicated industrial corridor on both sides of the 136-kilometre-long Kundali- Manesar-Palwal (KMP) Expressway were among the key projects being implemented by the Haryana government, the chief minister added.