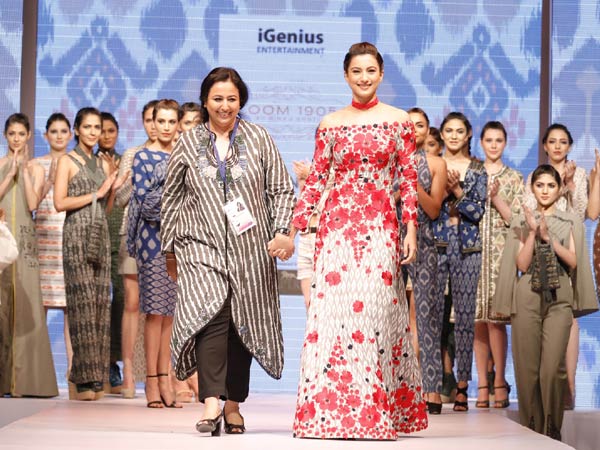 Gauhar Khan turned showstopper of Rinku Sobti
New Delhi.. Witnessing an amalgamation of national and international designers, the Asian Designer Week ( ADW) Summer Edition Season Four on Friday kick-started with a magnificent affair held at the Talkatora Stadium.
The first day of the mega event had international designers from countries like Nepal and Singapore, setting a perfect stage for the next two days.

ALSO READ: How helpful is fasting on alternate days?

After participation in various international shows, Rinku Sobti presented the opening show of the event.

“We have done a very young and sheet collection. It’s a very wearable collection and the idea is for youngsters to come forward and wear handloom,” Rinku told ANI.

“We have got a mix colour palette from blues to greys and greens. We have all the colours. We just wanted to work with Ikat and wanted to present it in more presentable manner,” she added.

“I am wearing Rinku Sobti. I was her showstopper and it was as beautiful as her clothes are and the creations that she has. I love the fashion industry and love the fact that we have such responsible designers like Rinku, who does not forget their Indianess,” Gauhar told ANI.

The Day 1 of the Asian Designer Week Summer edition’17 ended with a class as it set the pace for the next two-days.