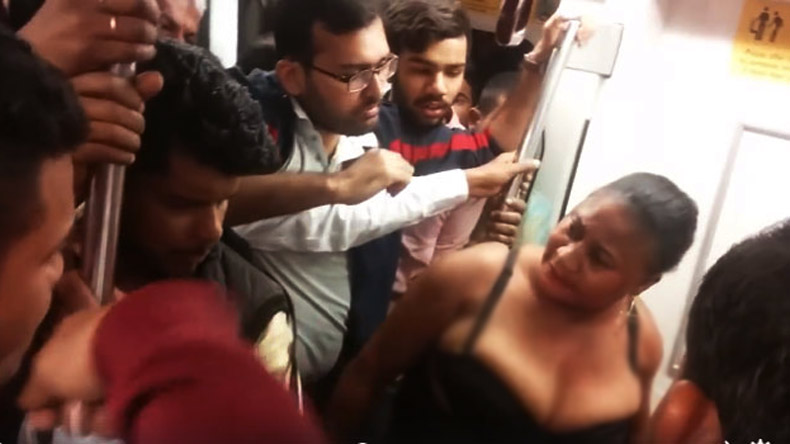 New Delhi: Few weeks after a video a mob thrashing African students emerged, which raised many questions about the security of foreign students, another shocking video is making rounds on social media which shows inter-racial communications between India and Africa.

Uploaded by Amit Kumar, the video features two African women–in a Delhi metro–who stripped down in order to protest alleged racial abuse by a local commuter.

According to reports, the spat brewed over a seat and the situation aggravated when they got into a verbal tiff with a co-passenger over the same. While the mob can be heard shouting, “bahar nikalo inhe (throw them out)”, the two woman put their foot down saying, “You want to fight? Let’s fight.”