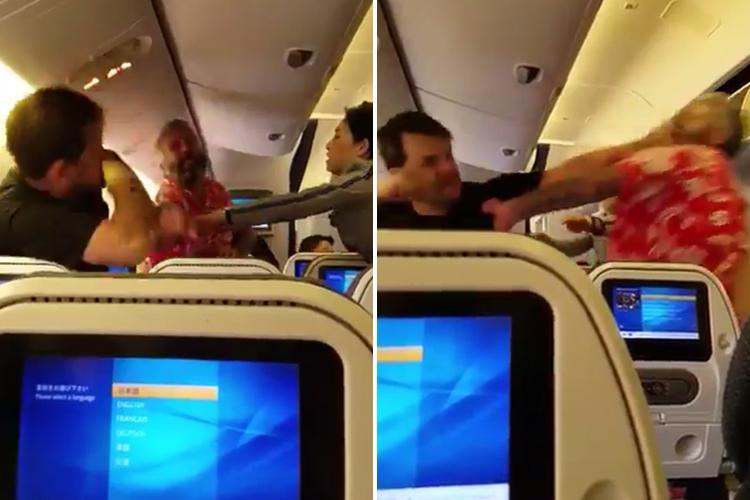 Following the latest United Airlines incident in which a passenger was thrashed by airlines official and dragged off the flight, another video is making rounds on social media in which a trip from Tokyo’s Narita Airport to Los Angeles International was interrupted Monday by a brawl between passengers.

An amateur video from the passenger in the plane shows the brawl erupts between a passenger in a red Hawaiian shirt with another man dressed in black just after boarding the flight. As the flight develops, an All Nippon Airways flight attendant steps between the two battling passengers.

For a few moments, the combatants separate. But then the man with the torn Hawaii shirt returns from the first class cabin and the flight erupts again as flight attendants and passengers try to break it up.

Another passenger is heard screaming — “Oh, my God! Oh, my God!”

According to ANA Airlines, the man in the red shirt, who was not identified, assaulted a gate agent on his way off the plane in Tokyo before he was arrested.