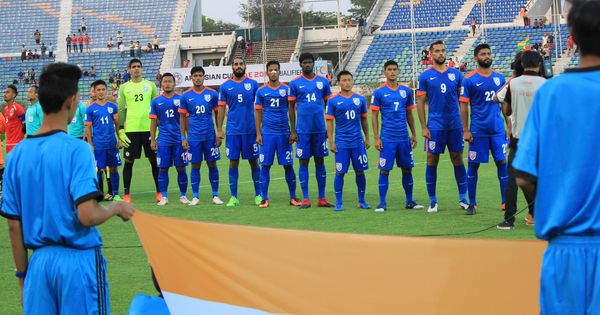 New Delhi [India], May 1: The India’s Under-17 World Cup squad slumped to a 1-4 defeat against Portugal’s Estoril in a practice football match at the Jamor Stadium in Lisbon, Portugal on Monday.

Estoril took the lead as early as in the eighth minute of the match when Montero sped past the Indian defence and scored. The Indian colts stunned by conceding the early goal tried to counter and attacks initiated by the Colts threatened Estoril’s defence.

However, Velez in the 33rd minute doubled Estoril’s lead as the half-time scoreline read 2-0 in the Portuguese Club’s favour.

Bernardo made it 3-0 for Estoril in the 55th minute and although India pulled a goal back through Rahim Ali in the 78th minute when he tapped home a Rahul cross, Estoril added more gloss to the scoreline in the 88th minute when Andrade’s effort found the back of the net.

The full-time scoreline read 1-4 in the Portuguese Club’s favour.