Speaking on the current India-Pakistan trade relations, expelled Samajwadi Party leader Amar Singh on Monday asserted that Pakistan is a puppet in the hands of China towards India, adding that Islamabad can’t even be trusted with cultural relations.

Singh is currently part of a Parliamentary Standing Committee on External Affairs to prepare a report on Indo-Pak relations.

“It is due to the Indo-Pak trade that Punjab has gained notoriety of ‘Udta Punjab’. Pakistan is a puppet in the hands of China that works towards India. All disturbances which China wants to create in India, they do it through Pakistan. Also, we can’t trust Pakistan in having cultural relations, who knows in the name of culture exchange they could send RDX in tabla and something else in sitar,” Singh told the media.

Further speaking on strained relations between the hostile neighbours, Singh stated that even after being invited to Prime Minister Narendra Modi’s swearing-in ceremony, Pakistan was pushing in terrorists into India.

“The time is not apt to expect cordial relations with Pakistan, especially when it was trying to hang an innocent Indian. Prime Minister Narendra Modi broke protocol to meet Pakistan President Nawaz Sharif and also invited him to his swearing-in ceremony, yet Pakistan is pushing in terrorists into India,” Singh said, adding that it would be suicidal to expect Pakistan to have good relations with India when it had shaken hands with China.

Besides Singh, other members like, Congress MP Shashi Tharoor, Amritsar Lok Sabha MP Gurjit Singh Aujla are part of the committee which begun its tour from Leh on Saturday. 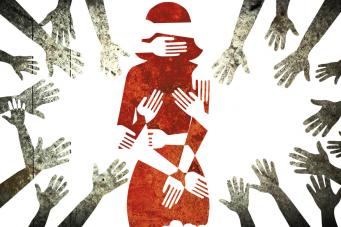