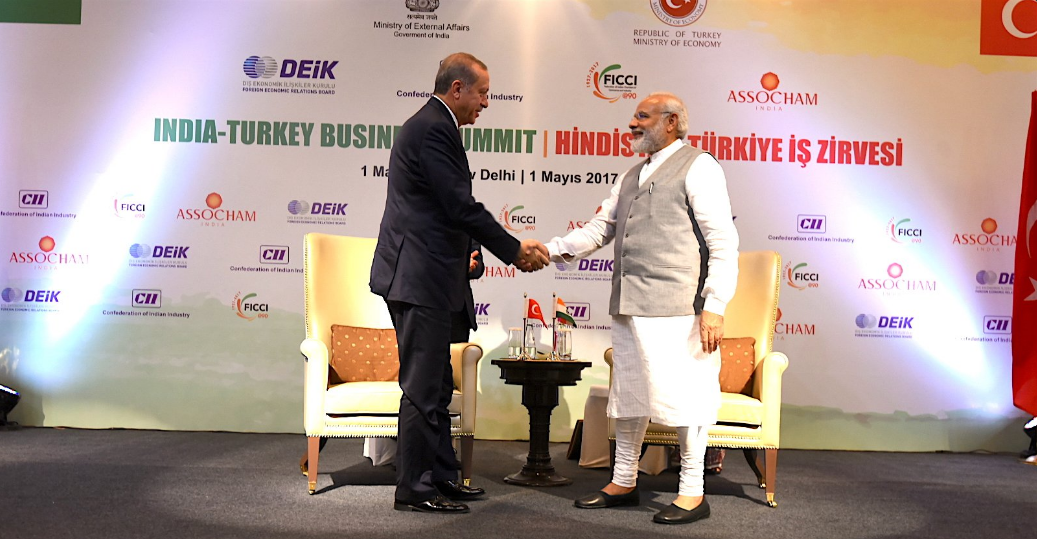 Ways to strengthen bilateral cooperation in the area of counter-terrorism, India’s NSG membership bid and the regional security scenario were among key issues that were understood to have been discussed during the Modi-Erdogan meeting, according to official sources.

This is Erdogan’s first foreign tour after winning a controversial referendum on April 16 that further consolidated his executive powers.

The Turkish leader arrived here yesterday on a two-day visit.