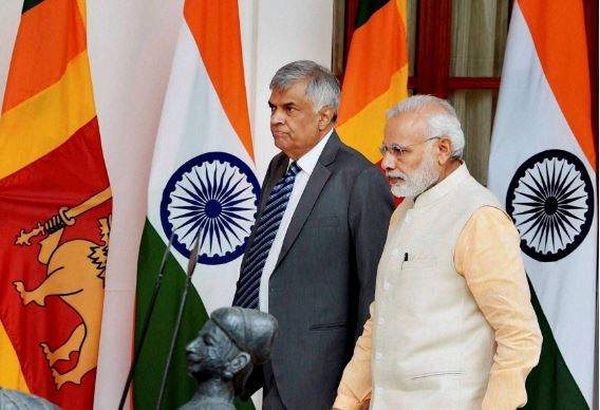 “The government is internally focused on Sabka Sath Sabka Vikas and externally too in the neighbourhood, our vision is to promote connectivity and development takes Sabka Saath Sabka Vikas to our external environment, and naturally to neighbourhood first,” an official said.

Among the major projects that India and Sri Lanka agreed to work upon are- A regasified Liquefied Natural Gas (LNG) fired 500 MW capacity LNG Power Plant. An LNG Terminal /Floating Storage Regasification Unit (FSRU) in Colombo/Kerawalapitiya; A port, petroleum refinery and other industries in Trincomalee, for which a joint working group will be set up.

Besides that, an upper tank farm in Trincomalee would be jointly developed by India and Sri Lanka.

“We proposed to Sri Lanka to develop upper tank farm as a joint venture. This needs fresh investment. Sri Lanka also had special requirements. There will be discussions between the two sides on various aspects and details,” it said.

A port, petroleum refinery and other industries in Trincomalee area will be built, for which a joint working group will be set up.

The MoU proposed to develop railway sector in Sri Lanka including new projects for track upgradations and purchase of rolling stock.

The agreement also proposed to develop a Container Terminal in Colombo Port as a Joint Venture and agricultural sector and livestock development in Sri Lanka.

“The MoU is, thus, in the nature of an agenda or a roadmap for the future. It identifies projects and areas of bilateral economic and investment cooperation,” it said.