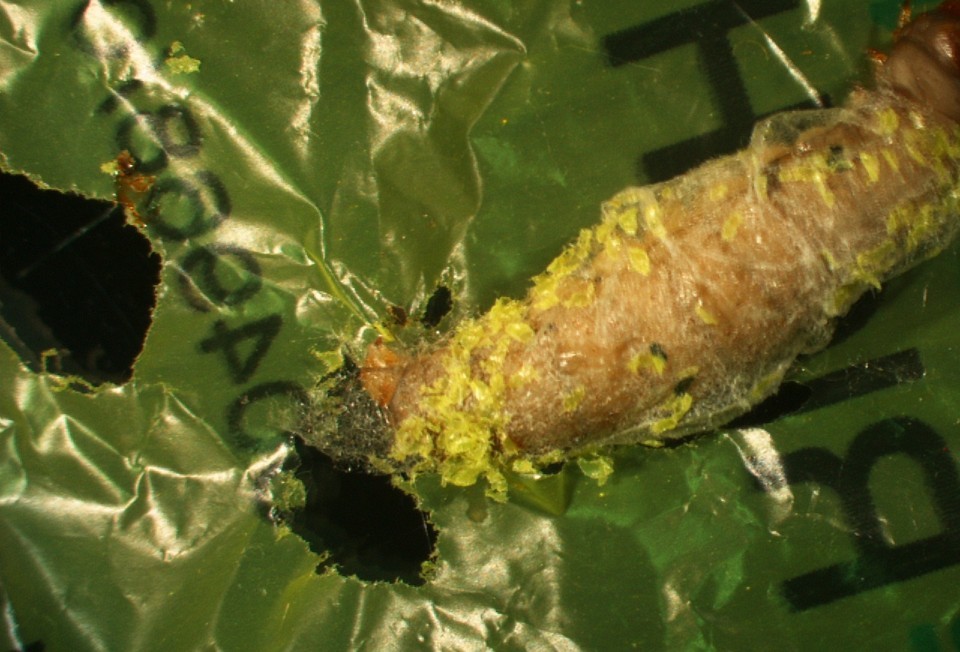 A commercially bred caterpillar can quickly break down polyethene bags and may help get rid of the plastic waste accumulating in landfill sites and oceans, scientists say.

Researchers, including those from the University of Cambridge in the UK, exposed around a hundred wax worms – the larvae of the common insect called greater wax moth – to a plastic bag.

Holes started to appear after just 40 minutes and after 12 hours there was a reduction in plastic mass of 92 milligrammes (mg) from the bag, researchers said.

They conducted spectroscopic analysis to show the chemical bonds in the plastic were breaking. 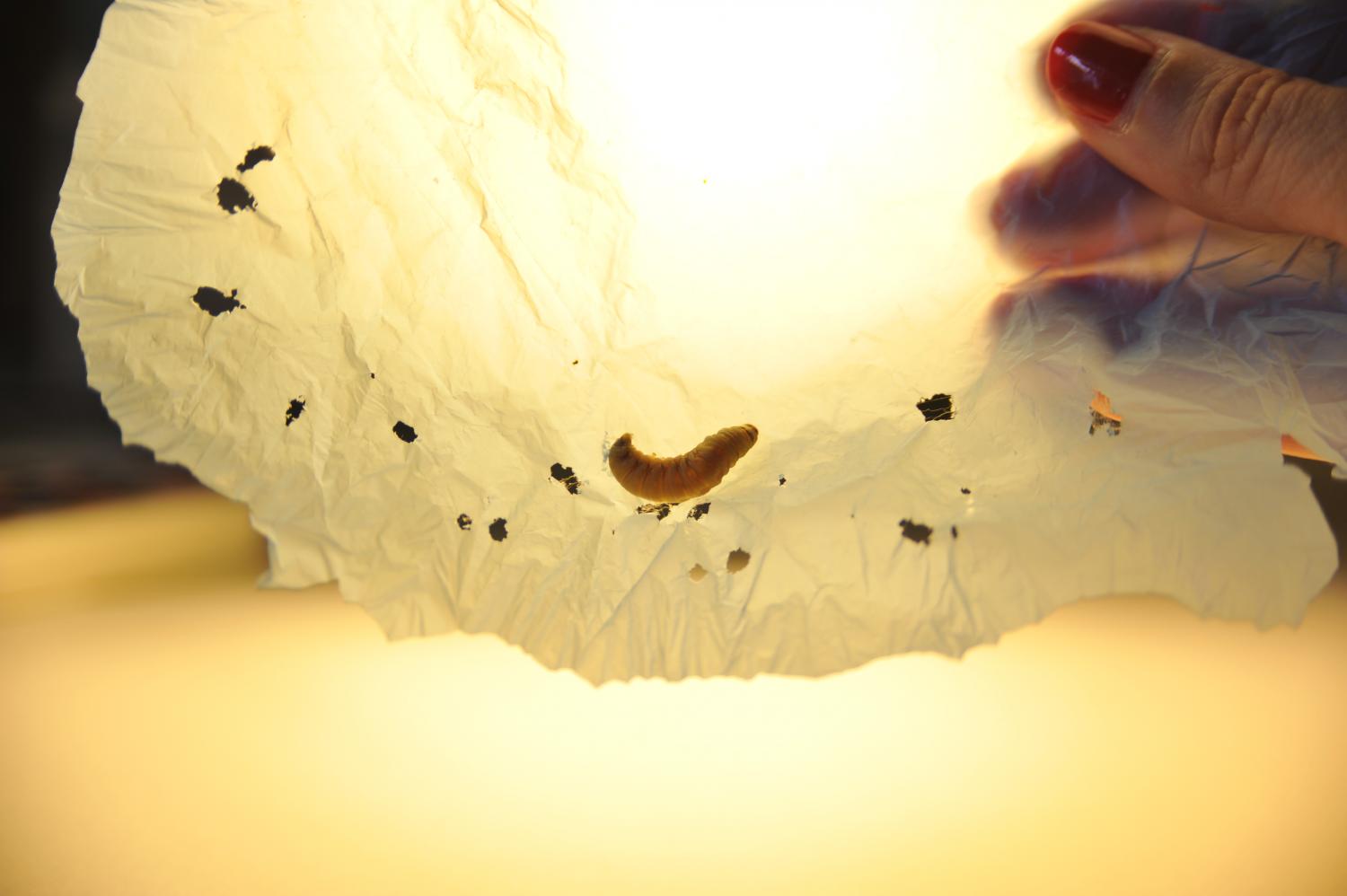 The analysis showed that the worms – commonly used as fishing bait – transformed polyethylene into ethylene glycol.

To confirm it was not just the chewing mechanism of the caterpillars degrading the plastic, the team mashed up some of the worms and smeared them on polyethylene bags, with similar results.

“The caterpillars are not just eating the plastic without modifying its chemical make-up. We showed that the polymer chains in polyethylene plastic are actually broken by the wax worms,” said Paolo Bombelli of the University of Cambridge.

“The caterpillar produces something that breaks the chemical bond, perhaps in its salivary glands or a symbiotic bacteria in its gut,” Bombelli said.

The degradation rate is extremely fast compared to other recent discoveries, such as bacteria reported to biodegrade some plastics at a rate of just 0.13 mg a day, researchers said.

“If a single enzyme is responsible for this chemical process, its reproduction on a large scale using biotechnological methods should be achievable,” Bombelli said.

“This discovery could be an important tool for helping to get rid of the polyethylene plastic waste accumulated in landfill sites and oceans,” he said.