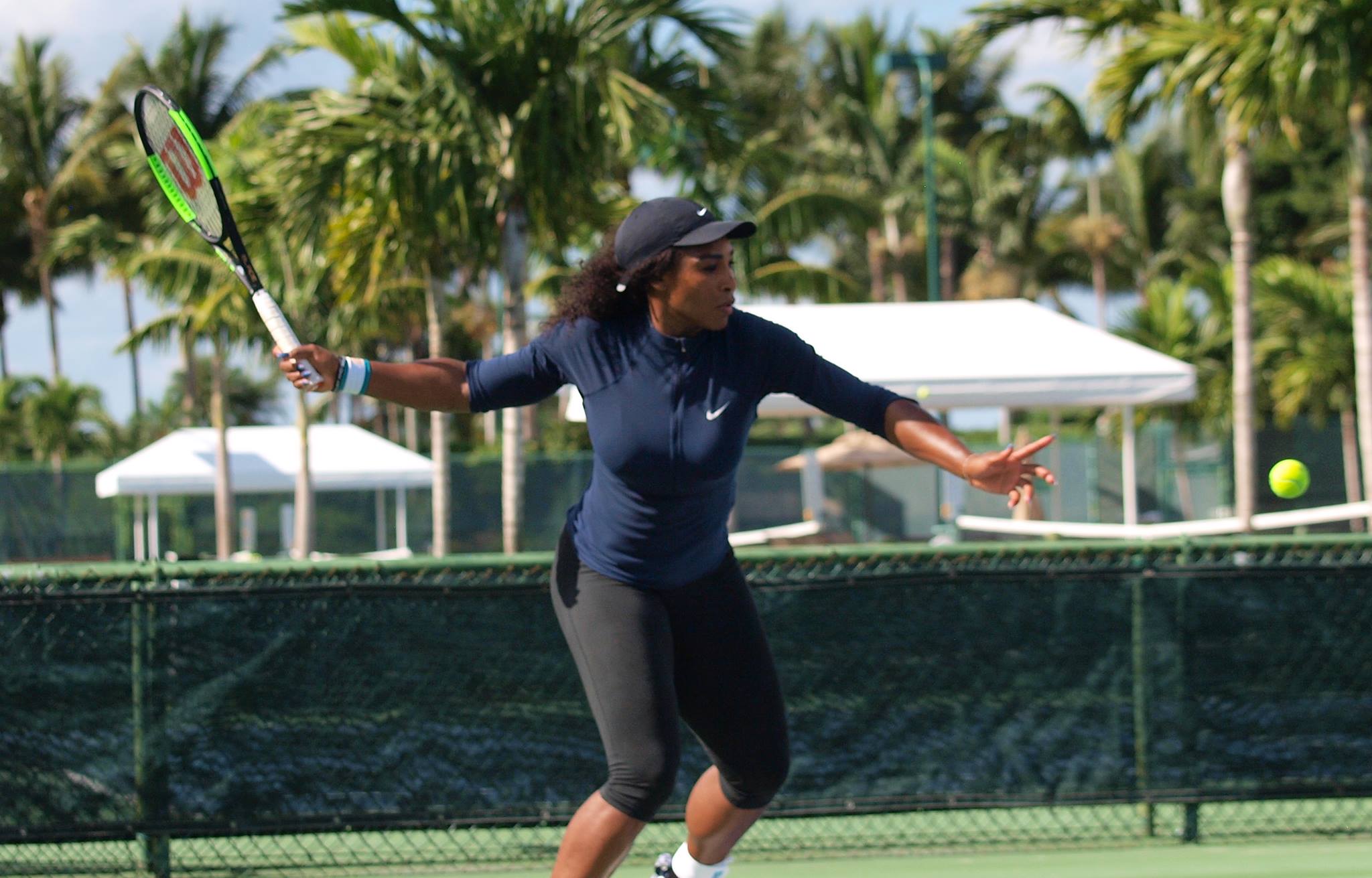 The world no. 2 Serena Williams took the world by storm after posting a picture of herself in a yellow one-piece swimsuit on Snapchat story captioning it “20 weeks”. Now her spokesperson Kelly Bush Novak has confirmed in an email late Wednesday that the 35-year-old athlete is actually pregnant.

“I’m happy to confirm Serena is expecting a baby this fall,” the statement read.
Williams got engaged to boyfriend Alexis Ohanian, co-founder of community news and chat site Reddit last December. The picture was however deleted by the tennis star which confused her followers whether she intended to joke or a baby is really on the way. 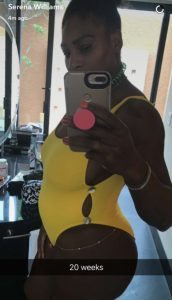 Serena left a minor clue on Instagram before this when she lauded a guide book for new mothers authored by Kelly Rowland.

“One of these days I hope to apply this (but for now I’ll stick to my dog Chip),” she wrote in the post.

It is just 12 weeks ago that she won her 23rd Grand Slam in Australia beating her sister Venus Williams. This means she was roughly 8 weeks into pregnancy during that time. After the win, she did not play citing a knee injury. The good news comes in a time when the American tennis player is all set to reclaim the top spot in the women’s tennis ranking. According to the special ranking rule by Women’s Tennis Association, Serena can retain her ranking under WTA if she agrees to play within 12 months after giving birth.

The firebrand is expected to give the rest of the season a miss. That consists of the French Open, Wimbledon, and the US Open.

“Serena Williams will have a new pride and joy to hug and call her own soon! Congratulations on the exciting baby announcement!” responded US Tennis Open to Williams’ message. Fans and followers equally showered good thoughts after the confirmation of the news.