At least four people lost their lives as a plane crashed into a supermarket car park in Portugal.

According to reports, the aircraft had just taken off when it ‘exploded mid-air’, according to witnesses, then plunged into a Lidl in the town of Tires, near Cascais.

The aircraft is said to have landed on a lorry which was unloading in the supermarket car park. Several vehicles then caught fire. 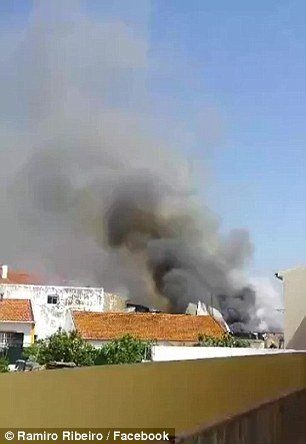 There is no word on whether anyone on the ground was hurt or injured.

The spot where the plane crashed is just 150 metres from a local school.

The plane, believed to be registered in Switzerland, had just taken off from an aerodrome in Tires.

The victims are being reported locally as the pilot and three passengers.