Ford Motors has found a way for cops to chase down bad guys in a speeding police cruiser while helping the environment at the same time.

The carmaker says its new Police Responder hybrid sedan, a modified Fusion, is the first gasoline-electric cop car to be “pursuit-rated”, meaning it can race through city streets while navigating crowded intersections or hopping curbs. The vehicle was unveiled on Monday at simultaneous events in New York and Los Angeles, the latter attended by Los Angeles police chief Charlie Beck. 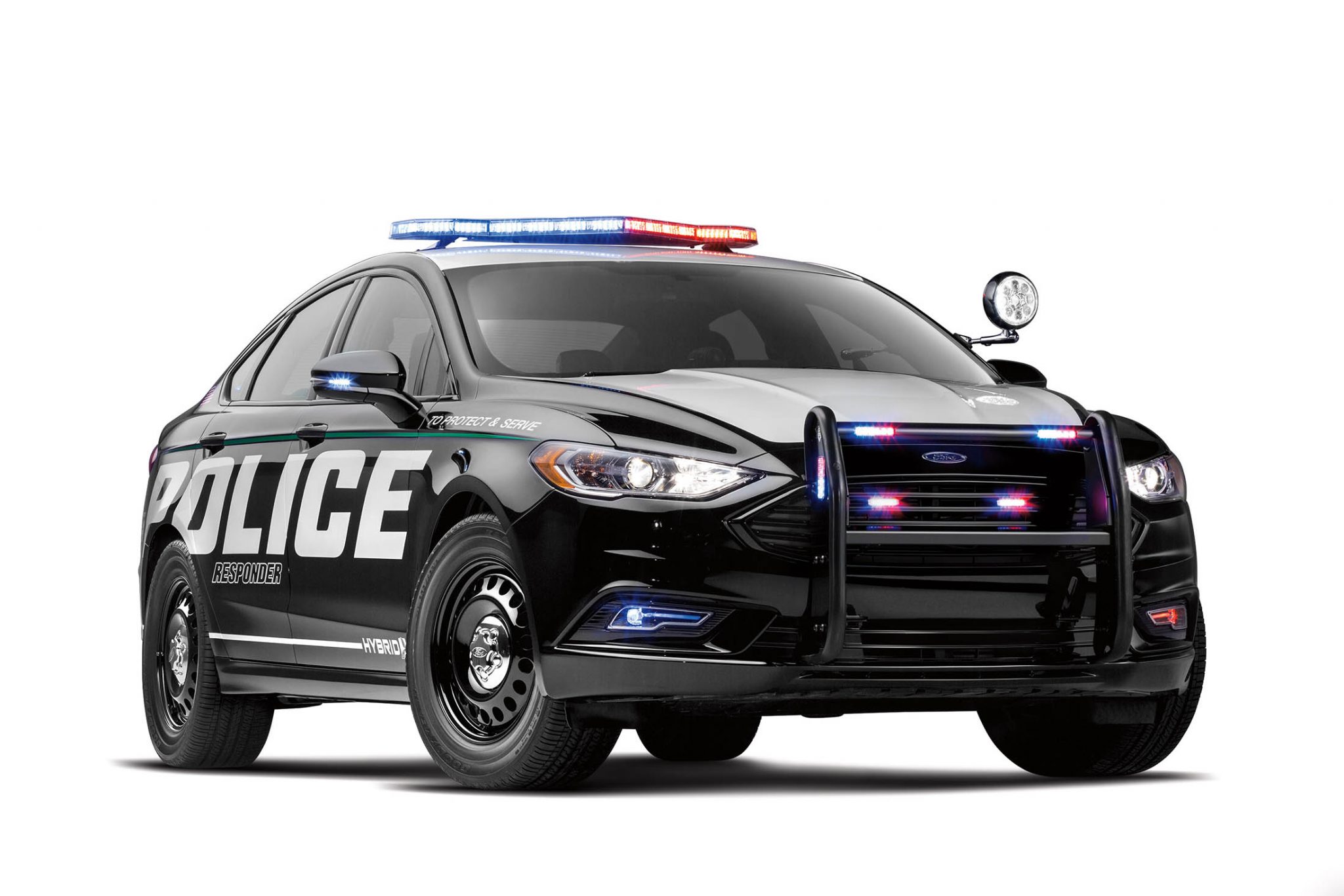 The cruiser will average 38 miles per gallon in combined city and highway driving, more than twice the current Police Interceptor model gets with a 3.7litre V-6 engine. Ford calculates fuel savings of $3,877 per car annually. For big-city police forces that can have more than 1,000 cruisers in their fleet, that translates to yearly savings approaching $4m.

“Having a pursuit-rated green vehicle is what they were looking for,” Arie Groeneveld, Ford’s chief programme engineer for police cruisers, said. “We expect this vehicle will grow our market share.”

The Responder is among 13 new hybrid or electric models Ford has said it will offer globally by 2020, which will account for 40% of its showroom offerings, up from 13%. The carmaker is spending $4.5bn on its ambitious plan to electrify its lineup, even as President Donald Trump is considering easing fuel-economy regulations and consumers continue to give a cold shoulder to green vehicles. 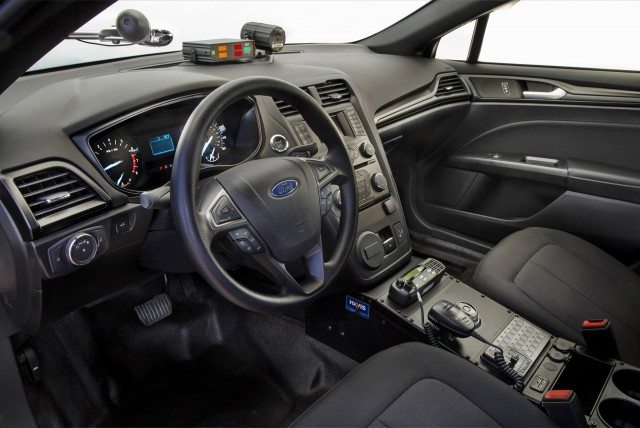 Ford has been building police cars since 1920, when it offered cops a modified Model T. It now controls nearly two-thirds of the US market with three models: modified versions of the Taurus sedan and Explorer sports utility vehicle. For decades its Crown Victoria dominated highway patrol so much that speeders knew to pull over if they recognised the distinctive grille in their rearview mirror.

Bank robbers like Fords, too. The Henry Ford Museum near Ford’s headquarters in Dearborn, Michigan, displays a fan letter from the infamous Clyde Barrow. “While I still have got a breath in my lungs, I will tell you what a dandy car you make,” he wrote to Henry Ford in 1934, a month before police gunned down Barrow and Bonnie Parker — in a Ford, of course.

The latest Ford police car, which will hit the streets in mid-2018, can go from zero to 60mph in 8.7sec, matching the speed of the old Crown Vic, said Brett Hinds, chief engineer of Ford’s electrified powertrain systems. The electric motor pared with a 2-litre petrol engine gives the car initial launch acceleration that feels “a lot snappier” than traditional cruisers, Hinds said.

The secret to its fuel savings, though, comes when the car is stopped by the side of the road. The petrol engine shuts down for four minutes at a time, while the electric motor continues to power the squad car’s lights, laptop computer, radio and climate controls. After resting, the engine automatically fires up for two minutes to recharge the battery. That process, repeated over the many hours a police car sits idle, drastically reduces fuel consumption, Hinds said. 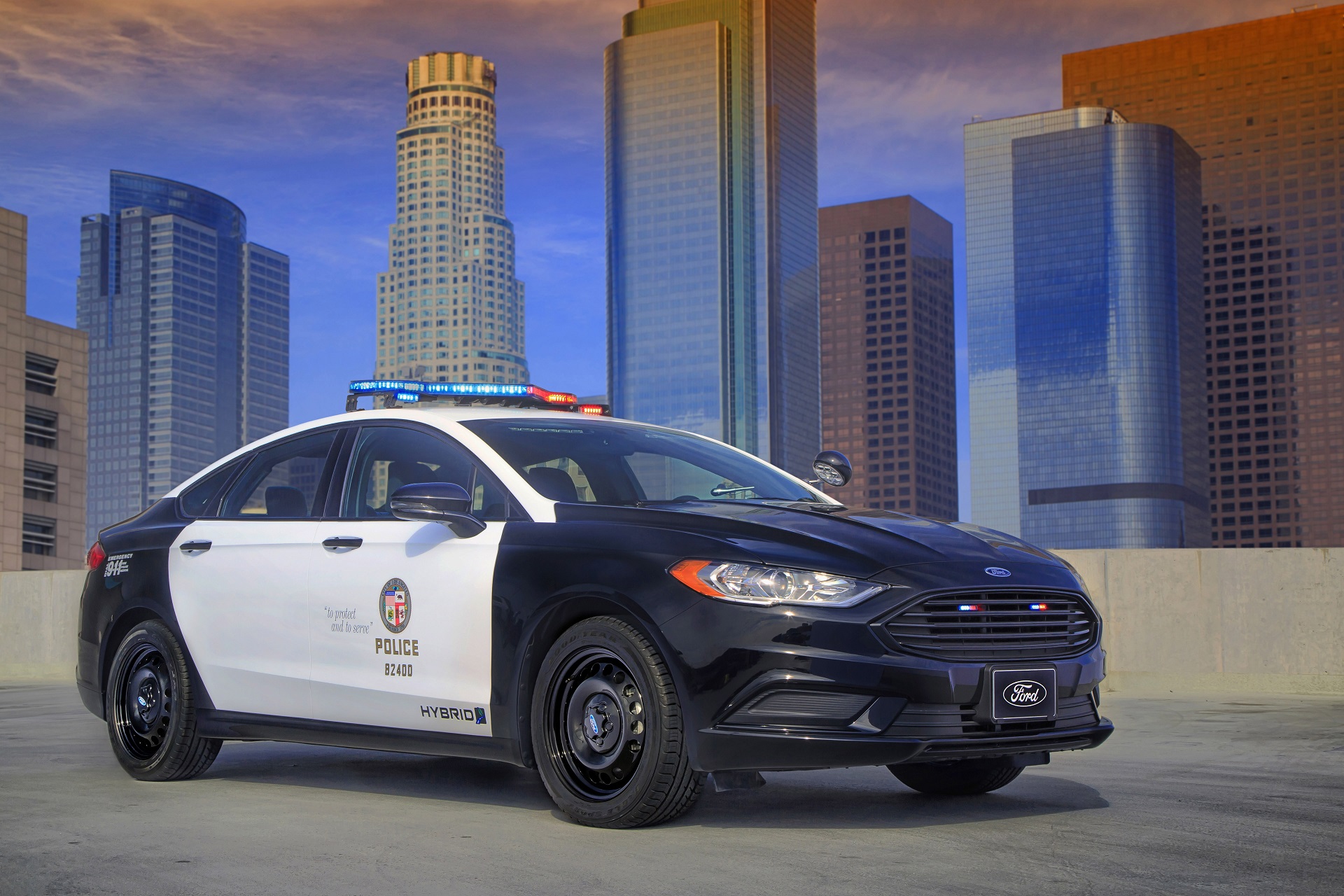 “Police cruisers are in an idle position about 61% of the time,” Groeneveld said. “That’s where you get the very significant savings.”

Ford is banking on finding a market for green vehicles among police chiefs buffeted by budget cuts. But cops like their cruisers fast and tough, so the idea of a fuel-sipping hybrid chase car raised more than a few questions among police officials. That is, until they put the hybrid through a test drive.

Also Read: Nokia 9 to be priced around 45K; launch expected later this year

“Any concerns they had gone away once they had it on the test track,” said Groeneveld. “It was better than they expected from a hybrid.”