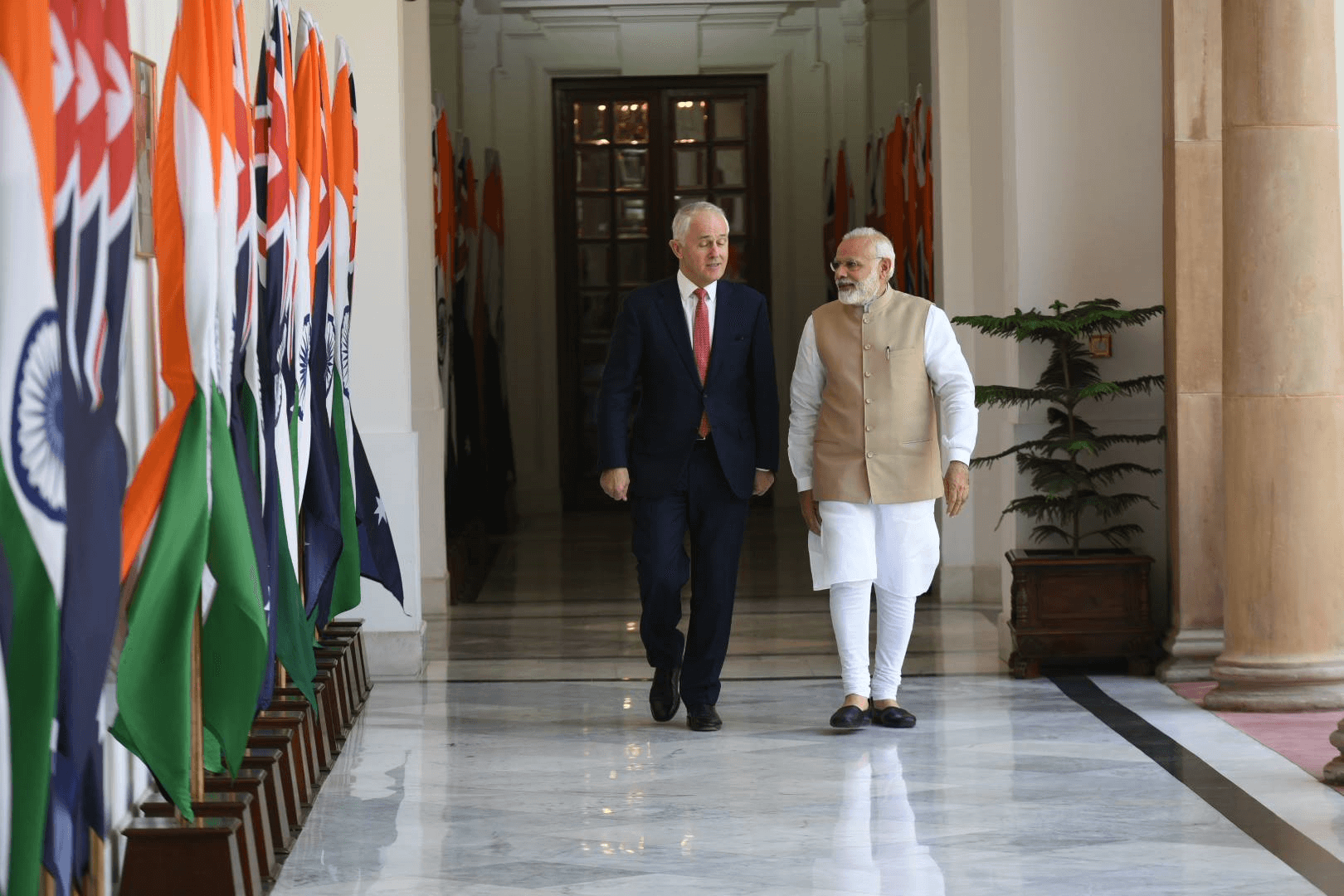 In a lunch hosted for the visiting Aussie premier at the majestic Hyderabad House, Modi rolled out a slew of delicacies from Rajmah Galouti Kebab to Arbi Musallam, as the two leaders agreed to take their counter-terrorism and security cooperation and moved forward on the uranium sale to India, for nuclear energy. The two countries inked six pacts including one aimed at boosting counter-terrorism cooperation after talks between the leaders of two countries in the national capital.

Emphasising on peace and stability in the Indo-Pacific region, Modi said challenges like terrorism and cyber-security require global strategy and solutions.

The two sides inked a pact to boost counter-terrorism cooperation which was signed between the Ministry of Home Affairs and its counterpart Australian ministry.

While Modi noted that Australia was ready to supply uranium to India, Turnbull said his government was looking forward to exporting uranium to India “as soon as possible”.

Turnbull arrived yesterday on a four-day visit, his first to the country after assuming office in 2015.