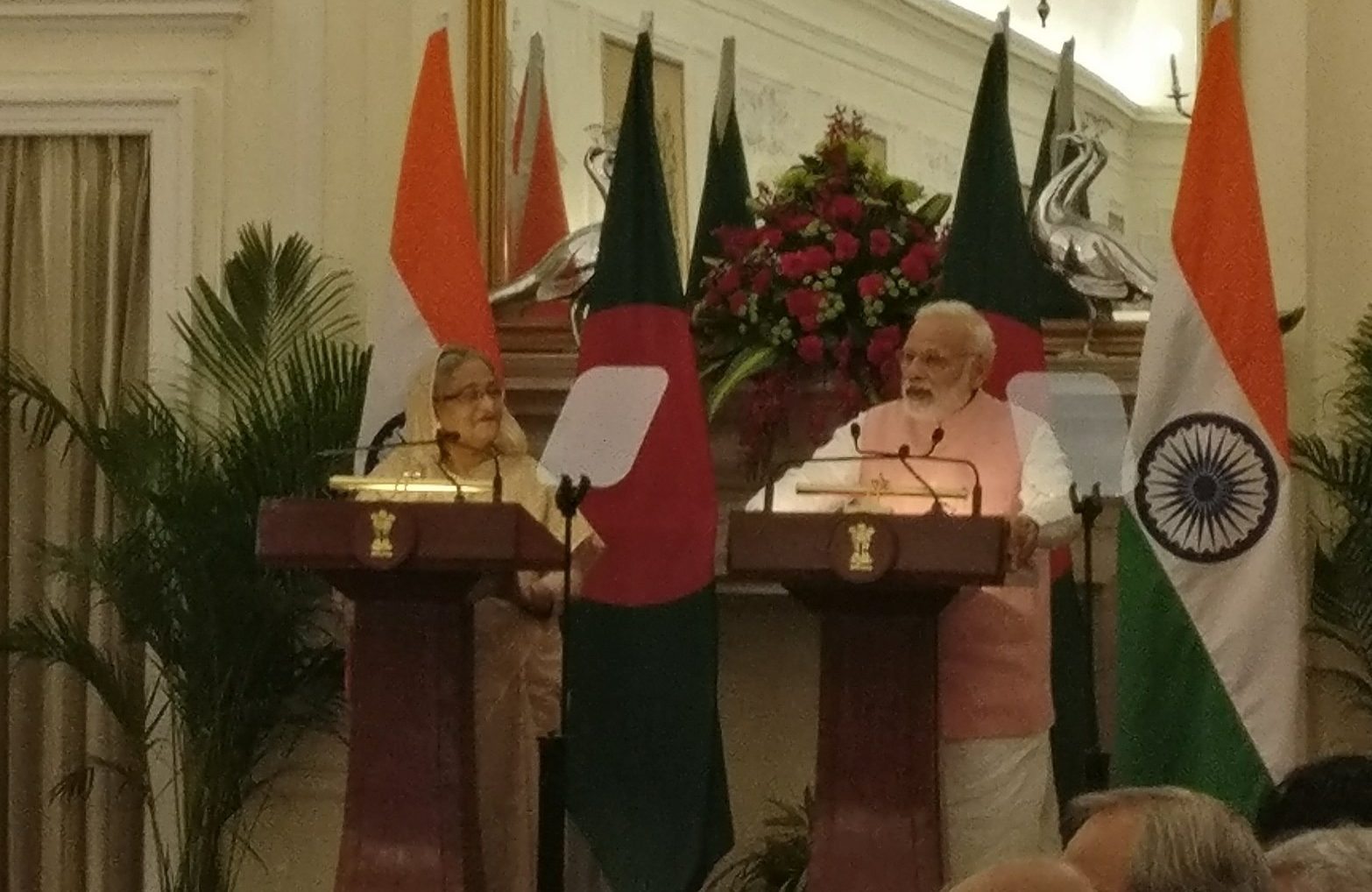 The ongoing India-Bangladesh bilateral talks have led to a number of key agreements being signed between the two countries. India has announced the extension of a $5 billion defence line of credit to Bangladesh among other announcements of cooperation in civil nuclear energy developments and maritime navigation.

However, even at a bilateral conference of such brevity, there are a few lighthearted moments that help alleviate the seriousness of the matters at hand. One such moment did emerge during the joint briefing when an official at the conference requested the two Prime Ministers to step away from the podium to release the Hindi-translated version of Bangladesh’s founding father, Sheikh Mujibur Rahman’s unfinished memoirs.

The official can be heard saying, “May I request the two prime ministers to step down,” which was followed by PM Modi asking the official, “step down?” The conference room, expectedly, broke out into laughter.