Home Politics OPS gets ‘Electric pole’, Sasikala gets ‘Hat’ by the Election Commission 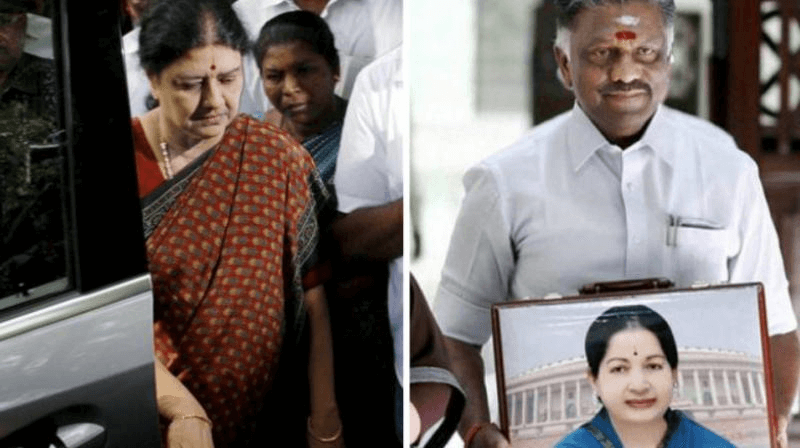 Amid the division of former Tamil Nadu Chief Minister J Jayalalithaa-led AIADMK, the Election Commission on Thursday allotted the O Panneerselvam camp the name AIADMK Puratchi Thalaivi Amma with the symbol of ‘Electricity Pole‘, while the Sasikala faction has been named AIADMK Amma with the ‘Hat‘ symbol.

ALSO READ: DMK to move no confidence motion against speaker in TN assembly

AIADMK Deputy General Secretary TTV Dinakaran said he did not expect such an outcome and that he would win the RK Nagar bypoll and get the poll symbol back.

The Election Commission has said it delivered a temporary verdict because there wasn’t enough time to examine documents submitted by both sides and take a fair decision. It says both sides can submit extra documents and make their case again before April 17.