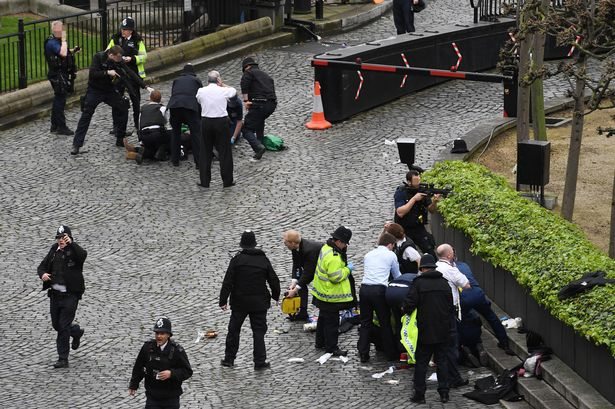 A day after two citizens, a police officer died and twenty people were injured in the UK terror attack when a man driving SUV drove into the pedestrians on Westminster Bridge and then got out and stabbed an officer before being shot dead by police. ISIS claimed the responsibility for the attacks and the claim was released by the ISIS-affiliated Amaq news agency.

The name and the identity and of the attacker is not revealed yet but ISIS called him a ‘soldier of Islamic States’.

The information regarding the attack was shared mostly by UK Prime Minister Theresa May. She spoke to Parliament moments after it reconvened. The suspect was born in Britain and had previously been connected to “violent extremism.”

She said the main purpose of the meeting was to deliver a simple message: “We are not afraid and our resolve will never waver in the face of terrorism.” She touted democracy as well as “free speech, liberty, human rights and rule of law” as the correct way to stand up to such violent acts of terror.