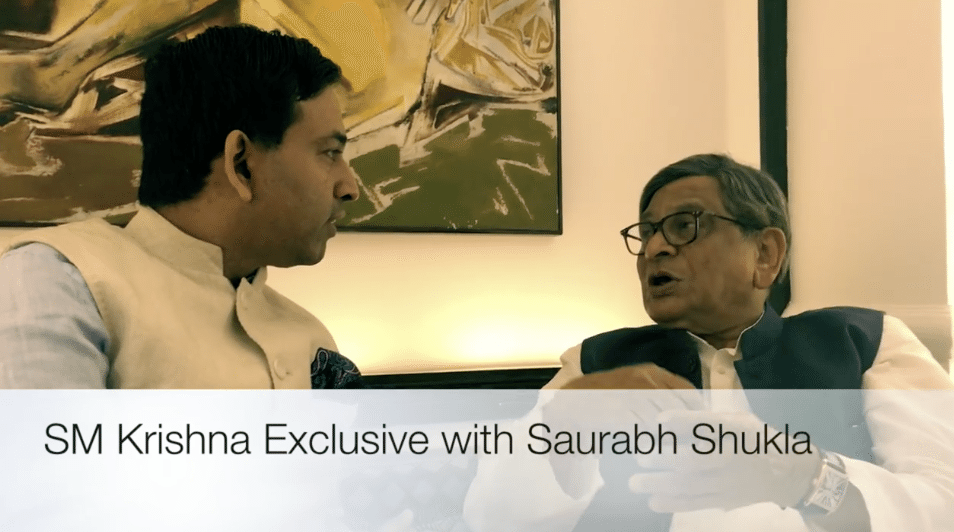 In an EXCLUSIVE interview with NewsMobile Editor in Chief Saurabh Shukla, Former Foreign Minister talked about the attempts that India made to have peaceful negotiations, and how the “Surgical Strikes” were a master stroke by the Modi government.

He said that our current Prime Minister, Narendra Modi has been able to dissect the underlying psychology of what motivates Pakistan.

“I have a confession to make to the nation” he said in a candid chat, “We kept on appeasing Pakistan,” “Pakistan didn’t understand the language in which I or Prime Minister Manmohan Singh were speaking to them,” Krishna said admitting that UPA’s Pakistan policy didn’t work.

He said what was remarkable was a Prime Minister who had a spine, when it comes to dealing with Pakistan. Krishna, who left Congress after 26 years said he was unhappy that Dynasty without any capability was being foisted on the party.

Watch the entire interview below, brought to you exclusively by NewsMobile.