India has some of the best and most stunning waterfalls in the world. Almost each state has its very own show piece, making it vital to enlist the waterfalls in every state.

One of the most spectacular of all the falls is the Nohkalikai Falls, which is also the tallest plunge fall in India. With a height of about 1100 meters, these falls are a true spectacle of nature located in Meghalaya.

The best part is you can expect these falls in full flow almost throughout the year, since Meghalaya receives plenty of rainfall round the year.

Goa, not only has beaches to offer, but also the Dudhsagar Waterfall (Ocean of Milk), which is among the best waterfalls in India.

The fall is the 5th largest in India, measuring 310 meters. The best time to visit the falls is at the peak of the monsoon season when the river is at its highest flow. The fall splits into four tiers creating a truly awesome scene.

Also known as Seven Sisters Falls, this is a unique waterfall, as these falls have seven streams falling from the same source resulting in a truly wonderful water fall. The Nohsngithiang waterfall is just 1 km from Mawsmai village in the East Khasi Hills in Meghalaya.

The falls measure 315 meters making it the 4th biggest waterfall in India.

The best times to visit the falls are during sun rise and sun set when the falls look more stunning. There are many places in the locality providing stay due to the high number of tourists visiting the region.

Jog Waterfalls is the second-highest plunge falls in India with a height of 830 ft after the big ohkalikai falls 1100 in Meghalaya. Its wonderful location for sightseeing makes this one of the major tourist attraction and counted among the top ten highest waterfalls in India.

The first-highest untiered waterfall in India has 83 scenic points, as it drops directly to the ground. The roar, the spray and the massive flow of water can be seen during the rainy or monsoon season.

Coorg is blessed with plenty of natural beauty, which makes it one of the most popular hill stations of South India. A highlight of the natural beauty of Coorg is the Iruppu Falls, located close to Nagarhole National Park.

People flock to the waterfalls during Shivratri to absolve themselves of their sins before they head to the nearby temple dedicated to Lord Shiva.

Also Read: Repolling on in 34 polling stations in Manipur 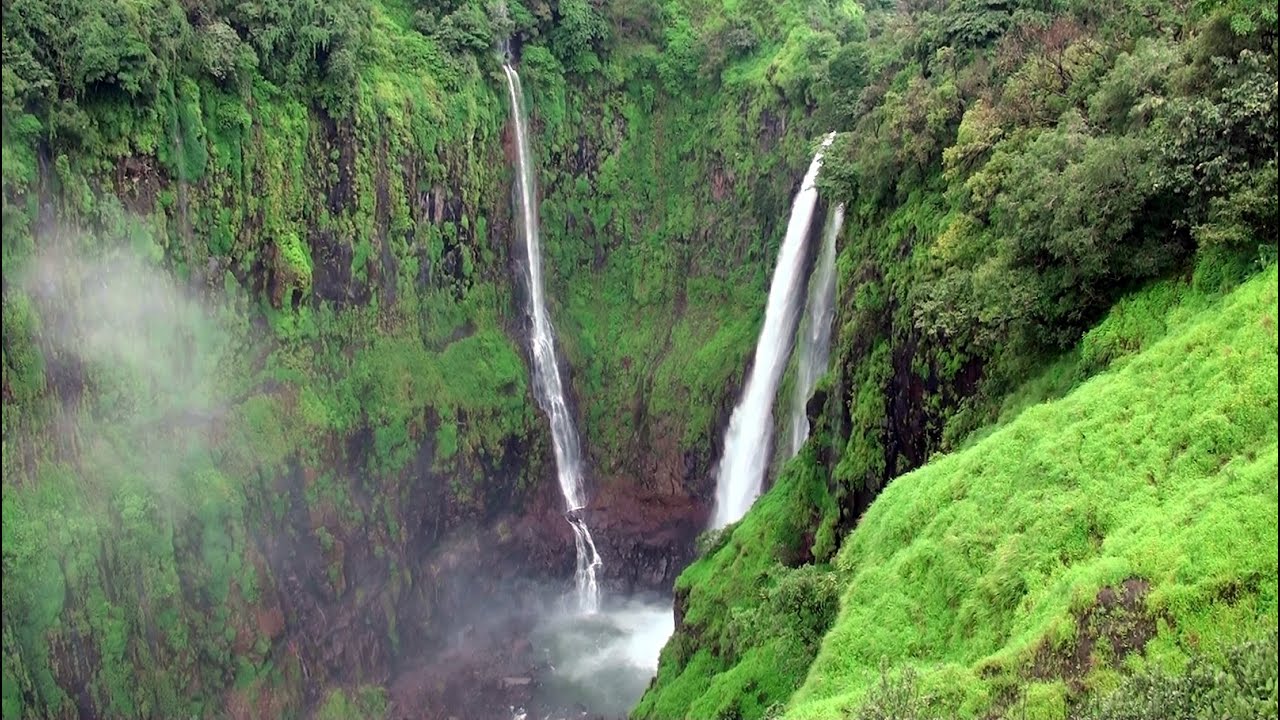 The Thoseghar Waterfall is located near the village Thoseghar, which is approximately 20kms from Satara City, on the edge of Konkan.

There are several waterfalls, the shortest measuring 15 meters and the tallest 500 meters. Visitors come from all over Maharashtra making it a popular tourist destination. The best season to experience the waterfalls is during the monsoon when the falls flowing with immense fury.

Also known as the Niagara of India, this is a gorgeous and most beautiful waterfall located in Athirappilly Panchayath in Kerala.

The Chalakudy River feeds the Athirappilly resulting in a spectacular showdown. It is a relatively small waterfall measuring just 24 meters but the width of the fall is what makes it an attraction not to be missed.

These falls are unique in their own way as the water feeding the falls have eroded the limestone, resulting in deep crevasses through which the water flows during the dry season. In the rainy season it’s a different story as the flood water engulfs the whole area, resulting in a powerful force of nature.

The falls are fed by Narmada River in Bhedaghat, Madhya Pradesh. Both seasons offer a different beauty to the falls. Kune Falls is located in Lonavia, Pune and is the 14th largest waterfall in India. The Kune Falls measure 100 meters and splits into three before gushing into the valley below. The area is surrounded by forest making it a perfect picnic spot.