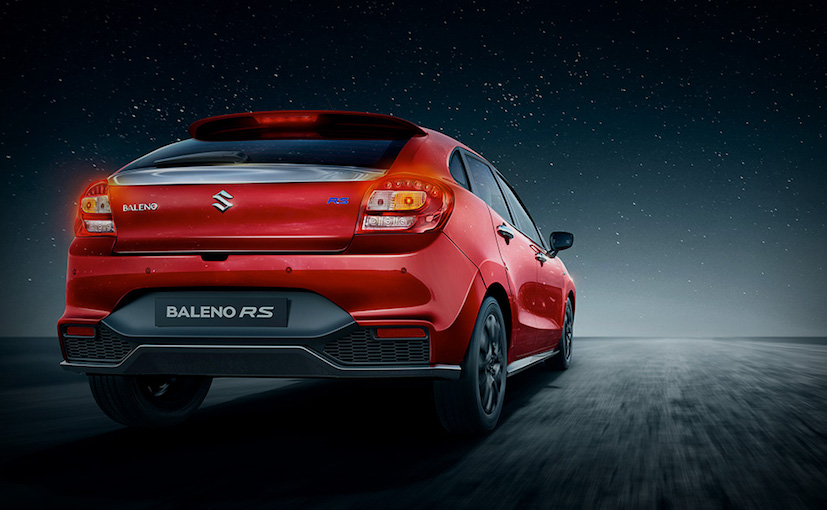 Maruti Suzuki’s hot hatch is available for bookings on the NEXA website and already observes a waiting period of nearly 1.5 months. RS stands for Road Sport with a claimed mileage of 20.1 kmpl.

Maruti Suzuki showcased the Baleno RS in India as a concept at 2016 Auto Expo for the first time. Expected to be launched in 2016, but due to overwhelming demand for Maruti’s existing products, the launch was pushed to this year.

The 1.0-litre Booster jet petrol engine with Three cylinders, a turbocharged motor has been retuned for India and churns out 101 bhp of power at 5500 rpm and 150 Nm of torque available between 1700-4500 rpm.

The Baleno will still be using the 5-speed manual gearbox from the standard version which is certainly amusing.

As far as the looks are concerned the RS looks similar to the regular Baleno hatchback besides minor cosmetic tweaks. Same goes for the cabin of the car. The overall layout will remain the same besides subtle changes like bucket seats with new upholstery and finished pedals.

In the feature additions, the new Baleno comes with Smart play infotainment system with apple car play while the multifunction steering wheel from the standard could have been replaced with a flat bottom unit. Headlamps with DRls, rear door spoilers are also available.

The performance car is all set to be launched and is expected to be priced around 8Lakh to 9.5 lakhs (ex-showroom, Delhi )