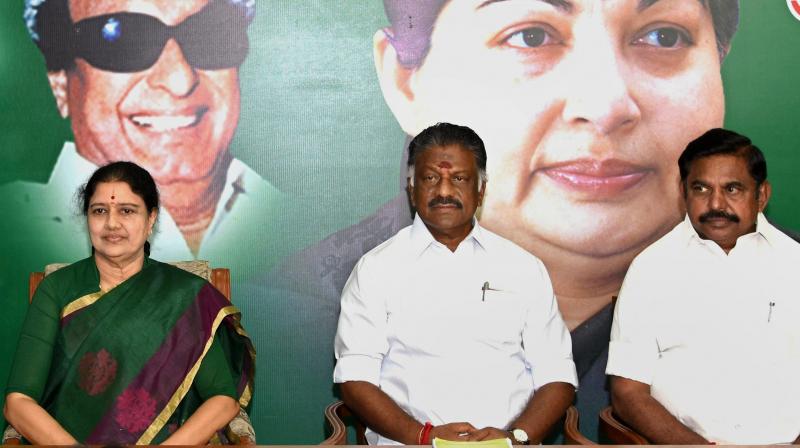 In a major setback to VK Sasikala, the AIADMK Presidium Chairman E Madusudanan switched over to Panneerselvam’s side, saying he wanted to “safeguard” the party.

“To protect AIADMK, everybody should join hands with OPS, ” Madusudanan said, adding that he did not want the party to get into the hands of a single family.  “Cadres should work for retrieving party from dictators,” he added.

“We welcome him with gratitude,” a jubilant Pannerselvam said and hailed Madusudanan as a big leader who had worked for the party since the founding days of AIADMK alongside its founder MG Ramachandran. “Our senior leader Madhusudan was threatened & pressurized, even after that he stood alone to safeguard party. We welcome him,” added Panneerselvam.