Home Politics BJP will end reservation if it comes to power: Mayawati 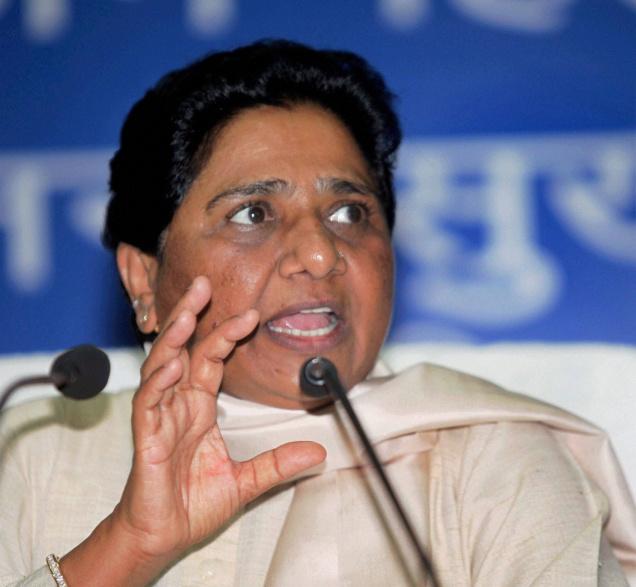 BSP chief Mayawati today claimed that if BJP forms a government in Uttar Pradesh then “undoubtedly” reservation will end as RSS is “holding the reins” of the saffron party.

“The Narendra Modi government has failed to fulfill the promises it made before Lok Sabha elections 2014 but still BJP is painting rosy picture to entice the gullible voters,” she said in Harsaon village here.

People across the country are hit by demonetisation which left the workers unemployed and compelled them to migrate from work places to back to their villages and only a few capitalists were benefitted by the move as their black money had been converted into white, she alleged.

Asking people not to vote for BJP, Mayawati said the party was meting out step-motherly treatment to minority community and trying to abolish ‘Triple Talaq’ system.

If BJP forms the government in Uttar Pradesh after the elections then undoubtedly reservation will end as RSS is “holding the reins” of the saffron party, the BSP chief said.

Attacking the Samajwadi Party government, she said that the law and order situation in the state has turned from bad to worse during Chief Minister Akhilesh Yadav regime.

The BSP chief termed as an attempt to “befool and betray” public to capture power, the alliance of SP and Congress.

Also Read: No major complaints by jawans regarding quality of food: Govt