Home Sports All you need to know about Super Bowl LI 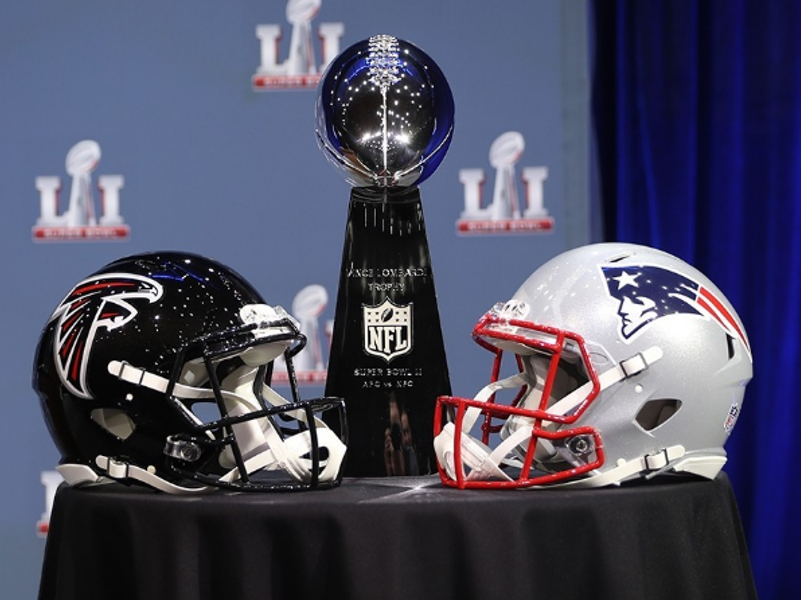 The Super Bowl Ll is the annual championship game of the National Football League (NFL), the highest level of professional American football in the world.

#1. Super Bowl LI (that’s 51 to non-Romans) is between the Atlanta Falcons and New England Patriots on 5 February in Houston, Texas.

#2. The Patriots are one of the most successful NFL teams of all time – and are looking for a fifth title.

#3. The Patriots are led by Tom Brady, who has come back after being suspended for four games at the start of the season. Brady is a brilliant player widely disliked by opposing fans. Brady and the Patriots head coach and owner have all offered support to Trump. Falcons quarterback Matt Ryan is currently on a hot streak, throwing seven touchdowns and no interceptions in the first two playoff games.

#4. The New England Patriots will feature in the Super Bowl for a record ninth time while the Falcons have competed just once before, in 1999, when they lost to the Denver Broncos.

#5. Advertisement during the game are super costly ($5m for a 30-second slot!). Lady Gaga will perform in the half-time show. American country music singer Luke Bryan will sing the national anthem in the lead.

#6. The Vince Lombardi Trophy, a new one is made every year. It is inscribed with the score and the venue and awarded to the winning team after the match.

#7. The former President of the United States George H.W. Bush will do the coin toss, along with his wife Barbara.