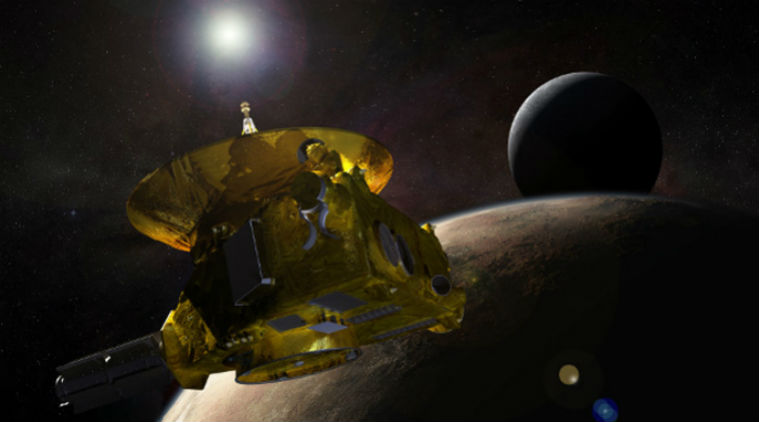 NASA’s New Horizons spacecraft is on its way to explore a small, ancient object located about 1.6 billion kilometres beyond Pluto, nearly two years after its historic encounter with the icy dwarf planet. The object is in the Kuiper Belt, a distant region that surrounds the solar system and is filled with trillions of icy rocks that have yet to be explored.

The new target was discovered by the Hubble Space Telescope in 2014 and it was dubbed 2014 MU69. It took the spacecraft about 16 months to beam back all of its data from the Pluto flyby, and planetary scientists have had a ball with that data.

Also Read:  Why you should be proud of the Indian Republic
“The New Horizons flyby of the Pluto system was completely successful, and now we’ve got all the data on the ground and we’re putting a bow around it,” Alan Stern, the New Horizons principal investigator at Southwest Research Institute, said.
The next big stage of the mission, the flyby of 2014 MU69, will occur in January 2019, ‘Space.com’ reported. MU69 is much smaller and more representative of the trillions of other KBOs. Pluto is comparable to the size of North America at 2,370 km in diameter, while MU69 is less than 45 km across.

The object “has a special kind of orbit that makes it possibly a type of object that is primordial and left over from early solar system formation,” said Kelsi Singer of the New Horizons science team. “So we think that we’ll be able to look at what the building blocks of the solar system were like by going to this special object that has a special orbit,” Singer said.