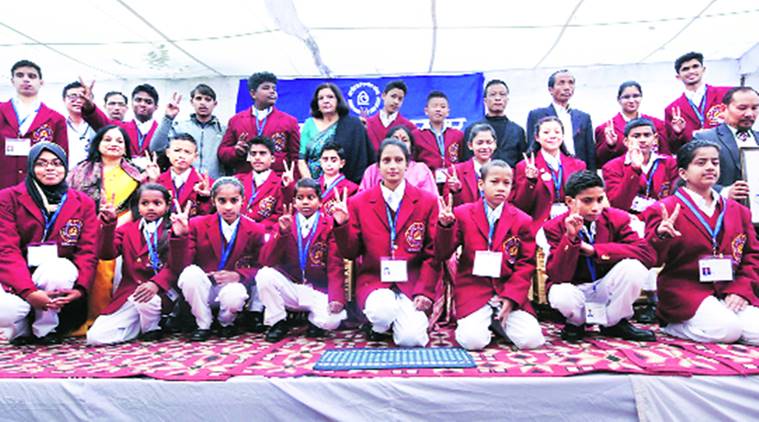 As every year this year too, twenty-five children from different parts of the country have been selected for Indian Council for Child Welfare’s (ICCW) National Bravery Awards are presented by Prime Minister Narendra Modi on Monday. However,  four of the awards are posthumous.

When her two friends were about to drown in a river, 8-year-old Tarh Peeju from Arunachal Pradesh displayed exemplary courage, sacrificing her own life to save theirs. Today, she is no more but her parents stand tall with pride at her daughter’s short but significant life.

Also in the list of posthumous award winners are Roluahpuii and Lalhriatpuii from Mizoram and Tushar Verma from Chattisgarh who were given The Bapu Gaidhani Award. While Roluahpuii saved two girls from drowning at the cost of her own life, Lalhriatpuii sacrificed her life in an effort to save her cousin in a car accident and Tushar Verma lost his life in trying to extinguish a fire in his neighbour’s shed.

Tejasweeta Pradhan is given The Geeta Chopra Award and 17-year old Shivani Gond of West Bengal who showed immense courage in fearlessly helping the police and the NGO in uncovering an international sex racket leading to the arrest its mastermind here.

The Sanjay Chopra Award has been conferred to 15-year-old Sumit Mamgain of Uttarakhand who displayed outstanding bravery in fighting a leopard to save his cousin.

According to the  ICCW President Gita, These awards were initiated to give due recognition to the children who distinguish themselves by performing outstanding deeds of bravery and to inspire other youth of the nation. Moreover, eligible awardees will be granted financial assistance until they complete their schooling. Additionally, the government has also reserved some seats for them in medical and engineering colleges and polytechnics.

The high-powered committee comprising representatives of various ministries, NGOs as well as office bearers of ICCW was involved in the selection committee.