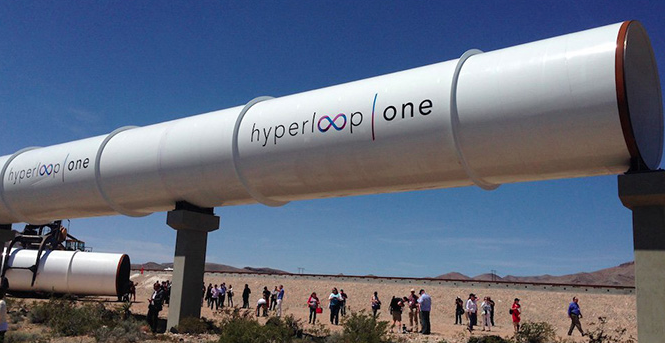 Chennai to Bengaluru in 30 minutes! No, this is not a figment of the imagination or a video game, but a proposed mode of transport. A US-based company which has embarked on an ambitious project to revolutionise the way people moved from one city to another has set its eyes on Chennai.

The brainchild of Elon Musk, HyperLoop One proposes to propel people in travel pods at 1,200kmph through a tube propped up on concrete pillars. The pod or train is able to achieve the speed because it floats in a vacuum inside the tunnel.

If the plan takes off, people will be able to zoom to Bengaluru in 30 minutes. Mumbai will be a little more than an hour away. Recently, the company tweeted the routes it is interested in. These include Chennai-Bengaluru, Chennai-Mumbai, Bengaluru-Thiruvananthapuram and Mumbai-Delhi.

Hyperloop has approached Union ministry of road transport with a letter of intent. Sources said the routes being considered were meant to run bullet trains, and Japanese and Chinese teams have started studying the Chennai-Bengaluru route to find out if they can lay tracks to run high-speed trains.
On its website, Hyperloop says it can move people for the price of bus tickets and that they are going to charge for the time taken and not the transport. The team which is behind the project says it is planning to install prefabricated tubes atop pillars, a move aimed to cut down cost and time of construction.

Solar panels on top of the tubes and windmills on the pillars to tap energy will further reduce operational cost. The pod uses the magnetic system to move. It needs energy only when it begins the journey and can glide for more than 200 miles once it touches top speed.