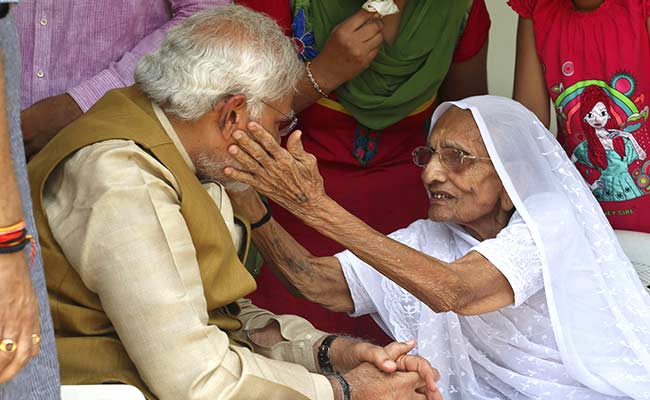 Gandhinagar: Prime Minister Narendra Modi, who is on a two-day Gujarat visit for the Vibrant Summit, skipped his daily yoga session this morning to meet his mother Hiraba, who lives at Raisan village near here.

Through a tweet, Modi said he went to meet his mother early this morning and had breakfast together.

Skipped Yoga & went to meet mother. Before dawn had breakfast with her. Was great spending time together.

“Skipped Yoga & went to meet mother. Before dawn had breakfast with her. Was great spending time together,” tweeted Modi before heading to Mahatma Mandir to attend meetings with foreign heads of the state.

ALSO READ: ‘Akhilesh will be the next chief minister, there is no doubt about that’: Mulayam Singh Yadav

Modi’s tweet was received warmly by many social media users but Delhi chief minister Arvind Kejriwal seemed unconvinced by this as in a series of tweets hit out at the Prime Minister.