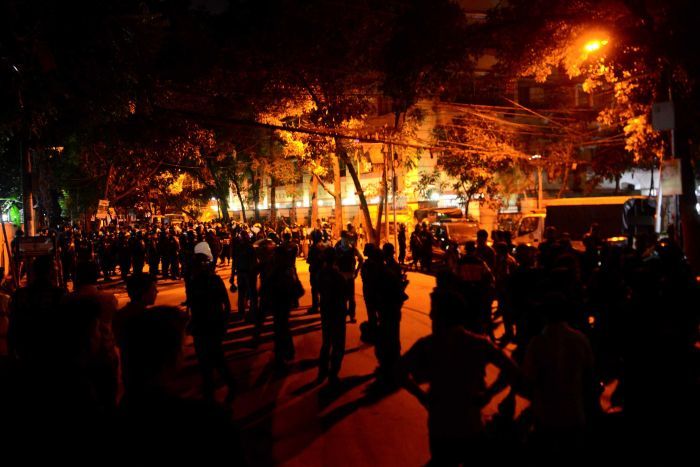 “One is identified as Marjan and another still unknown,” Monirul Islam, chief of Counter Terrorism and Transnational Crime unit of Dhaka Metropolitan Police, confirmed the incident to The Daily Star.

ALSO READ: Biden to Trump: ‘Grow Up. Time to Be an Adult’

“Acting on a tip-off, we conducted a raid around 3am…Sensing our presence, the militants opened fire at us. In retaliation, we fired back that left the two injured,” Monirul said.

Later, they were declared dead when taken to Dhaka Medical College Hospital.

According to an investigator, former Islami Chhatra Shibir leader Marjan was the youngest military commander of the Neo-JMB, a new faction of Jamaatul Mujahideen Bangladesh (JMB) affiliated with Islamic State, Dhaka Tribune reported.

He also had connection with a number of top leaders of the outfit. Marjan had expertise in operating heavy arms.

Marjan had stayed in the militant den of Gobindaganj in Gaibandha for a long period where he reportedly gave motivational training to seven militants. Of the seven, five took part in the Gulshan terror attack.

Next morning, a joint commando force stormed the bakery, killing all the attackers and rescuing the captives, ending the terror siege of nearly 11 hours.