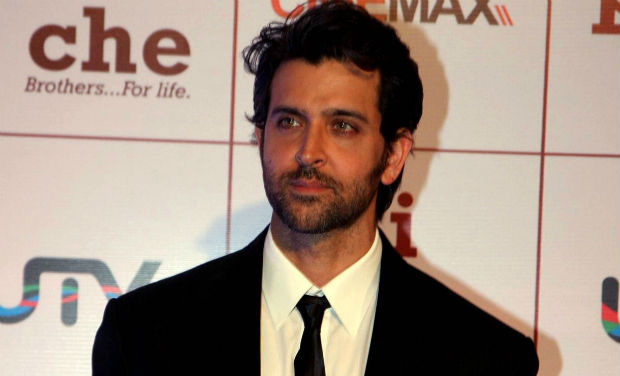 Mumbai:  Amid the national outrage over several women being molested in full public view on New Year’s eve in Bengaluru, celebrities from the B-Town has condemned the incident and expressed their shock.

The New Year revelry turned into a nightmare for several women who were allegedly molested despite huge police presence at a large gathering on December 31 at Bengaluru’s downtown region, sparking widespread outrage.

Bollywood actor Hrithik Roshan said everyone in the society should take responsibility for what happened and do something about it.

Roshan at the song launch of his upcoming flick ‘Kaabil’ said:

“It is sad. We all bear a responsibility and we all must do something about that.”

“I feel very strongly, as a father, as a member of the society, that if something like this is happening in an environment so close to me, then I definitely must be impacted, must be affected and I must do something about it.”

The actor posted a video on Twitter, which he captioned as, “The Bangalore incident makes me feel we are evolving backwards, from humans to animals, rather beasts because even animals are better! Truly shameful.”

Akshay said he found it disgusting that some people would justify it by blaming women for their choice of clothes.

The Bangalore incident makes me feel we r evolving backwards,from humans to animals,rather beasts coz even animals are better!Truly shameful pic.twitter.com/FJwJ80Mkby

“I am ashamed to be a human being today. I was returning from my New Year’s vacation with my four-year-old daughter in my arms when I learnt about the molestation incident in Banglore. I don’t know how did you all feel about it, but my blood started boiling.

“I am a daughter’s father but even if I was not one, I feel if a society cannot respect its women, it doesn’t deserve to be called a humane society. What’s most disgusting is that people have the guts to justify such shameful acts by criticising women for their choice of clothes.”

The actor is the latest Bollywood celebrity to express his concern over the incident, that has snowballed into a huge controversy.

The star, who is the father of two children, also said, “Women should not consider themselves inferior to men… Just be fearless, be alert and learn self-defence.”

Bollywood Star Aamir Khan also condemned the Bengaluru molestation incident and said that it was an extremely shameful and saddening. New Year turned into a nightmare for several women who were molested despite having a huge police presence on the scene.

“What happened in Bangalore was very sad. We all are saddened and feel ashamed when something like this happens in our country. Every state government should take a step for this.”

“You see in America, if an incident like this happens, within two-three months the guilty person is punished and the case is closed. When this happens, I feel there will be a big change. In today’s age, people who misbehave with girls think ‘nothing will happen to us’. When such examples come in front of us, that whoever did this is behind bars within 2-3 months, and continuously if we see this, the situation will change. There will be fear among people, which is a very important thing.”

Many Bollywood actors took it to Twitter and posted:

I have an idea.Why don’t we kill all women? Take foeticide to the next level.That’s a great cure of misogyny.Make your babies in a lab.Ok? https://t.co/LflTVC5GJD

Argggh how this angers me.Sir punish the criminals not the victims. Women can wear what they want it’s their choice. https://t.co/HSpRjlRq8A

#NotAllMen because in an incident involving the molestation of women, random men were the real victims.