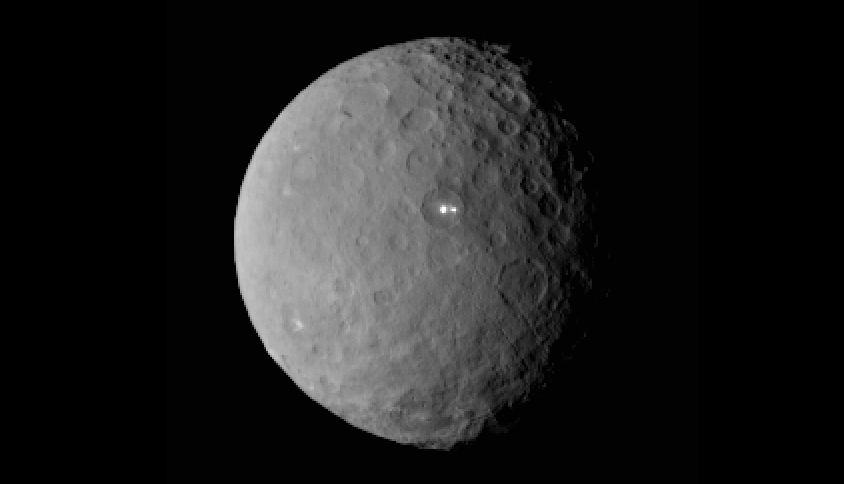 Ceres is rich with ice just beneath its dark surface. Ceres is a dwarf planet, inhabiting the main asteroid belt between Mars and Jupiter. This may clarify the early history of the solar system.

NASA’s spacecraft Dawn is orbiting Ceres, since March 2015. The discovery was published in the journals Science and Nature Astronomy.

The studies show that Ceres is about 10 per cent water, now frozen into ice, according to physicist Thomas Prettyman of the Planetary Science Institute in Tucson, Arizona, one of the researchers.

“Liquid water had to be in the interior of Ceres in order for us to see what’s on the surface,” Prettyman told a news conference at the American Geophysical Union conference in San Francisco.

Also Read:‘Kahaani 2’ declared tax-free in UP