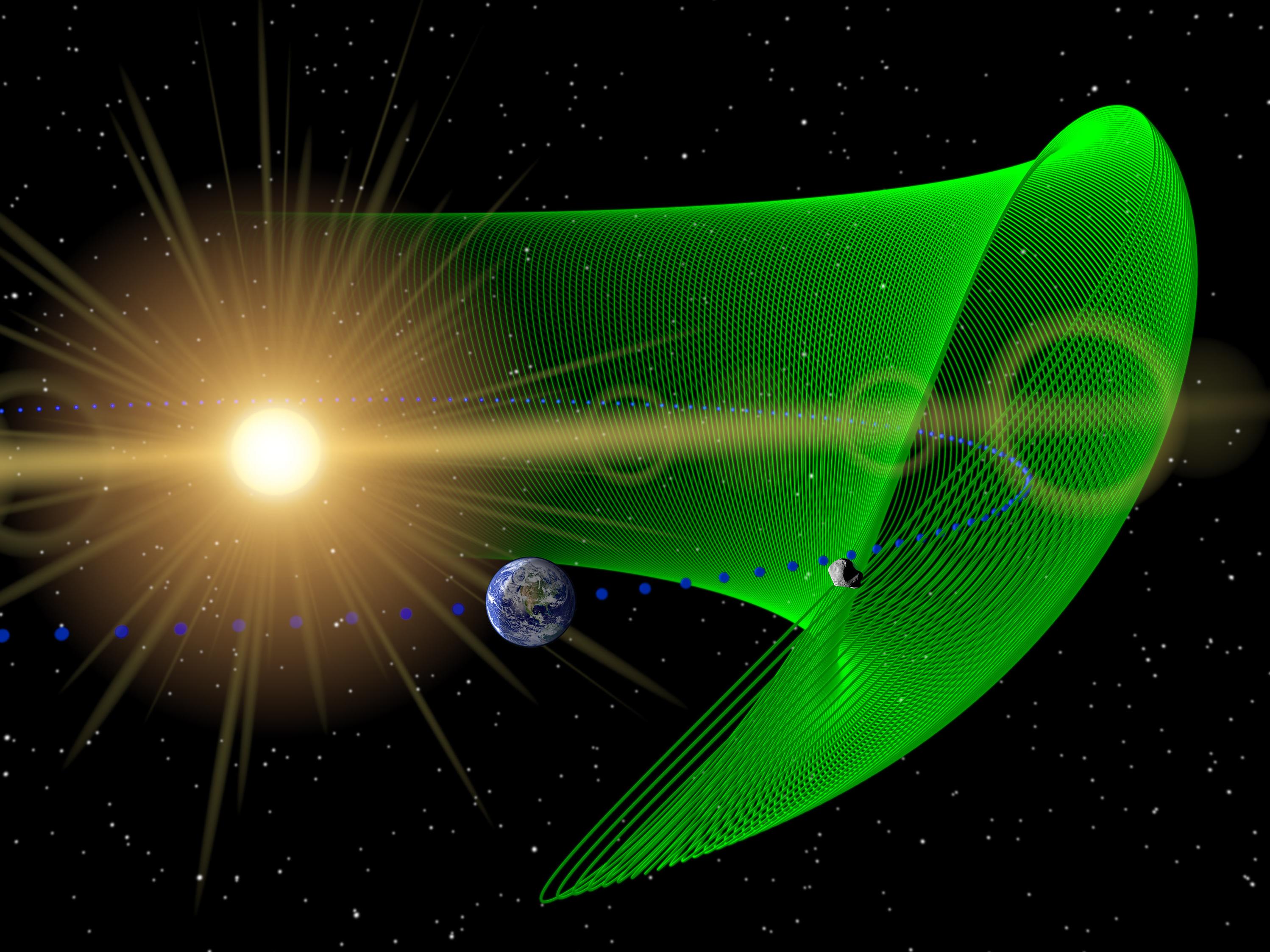 NASA’s OSIRIS-REx spacecraft is set to search for elusive “Trojan” asteroids which are constant companions to Earth as it orbits the Sun.

NASA’s first mission to return a sample of an asteroid to Earth will be multitasking during its two-year outbound cruise to the asteroid Bennu.

Also Read: 7 Christmas gifts every person had wished to get from Santa

The OSIRIS-REx (Origins, Spectral Interpretation, Resource Identification, and Security- Regolith Explorer) spacecraft will activate its onboard camera suite and commence a search for elusive “Trojan” asteroids.

Trojans are asteroids that are constant companions to planets in our solar system as they orbit the Sun, remaining near a stable point 60 degrees in front of or behind the planet.

Since they constantly lead or follow in the same orbit, they will never collide with their companion planet. There are six planets in our solar system with known Trojan asteroids – Jupiter, Neptune, Mars, Venus, Uranus and Earth. The Earth Trojan is elusive; to date, scientists have only discovered one Earth trojan asteroid – 2010 TK7.

Yet there are more than 6,000 known Trojans that are co-orbiting the Sun with the gas giant Jupiter. Scientists predict that there should be more Trojans sharing Earth’s orbit, but these asteroids are difficult to detect from Earth because they appear close to the Sun from Earth’s point of view.

In mid-February next year, the OSIRIS-REx spacecraft will be positioned in an ideal spot to undertake a survey.

Over 12 days from February 9, the OSIRIS-REx Earth-Trojan asteroid search will employ the spacecraft’s MapCam image to methodically scan the space where Earth Trojans are expected to exist.

Also Read: Priyanka Chopra becomes UNICEF’s Global Goodwill Ambassador
Many of these observations will closely resemble MapCam’s planned activities during its upcoming search for satellites of asteroid Bennu, so the Trojan asteroid search serves as an early rehearsal for the mission’s primary science operations.

“The Earth-Trojan asteroid search provides a substantial advantage to the OSIRIS-REx mission,” said Dante Lauretta of the University of Arizona.

“Not only do we have the opportunity to discover new members of an asteroid class, but more importantly, we are practising critical mission operations in advance of our arrival at Bennu, which ultimately reduces mission risk,” said Lauretta, OSIRIS-REx Principal Investigator.

The OSIRIS-REx spacecraft is currently on a seven-year journey to rendezvous with, study and bring a sample of Bennu to Earth. This sample of a primitive asteroid will help scientists understand the formation of our solar system more than 4.5 billion years ago.