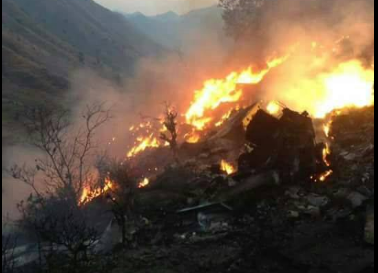 All 48 people on board a PIA plane, including famous pop singer-turned-Islamic preacher Junaid Jamshed and three foreigners, were killed on Wednesday as the aircraft crashed and burst into flames in a hilly area near Pakistan’s after facing engine problems.

The flight plane vanished after taking off from the Northern Chitral region, the airline has stated.

The Civil Aviation Authority confirmed that there are no survivors. So far, 36 bodies have been recovered from the wreckage 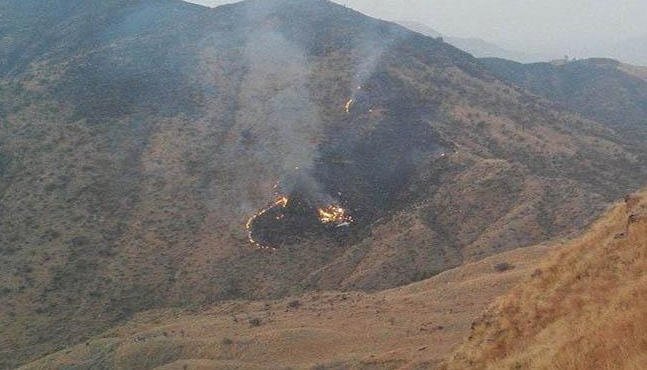 It was on a domestic flight from the city of Chitral to Islamabad. 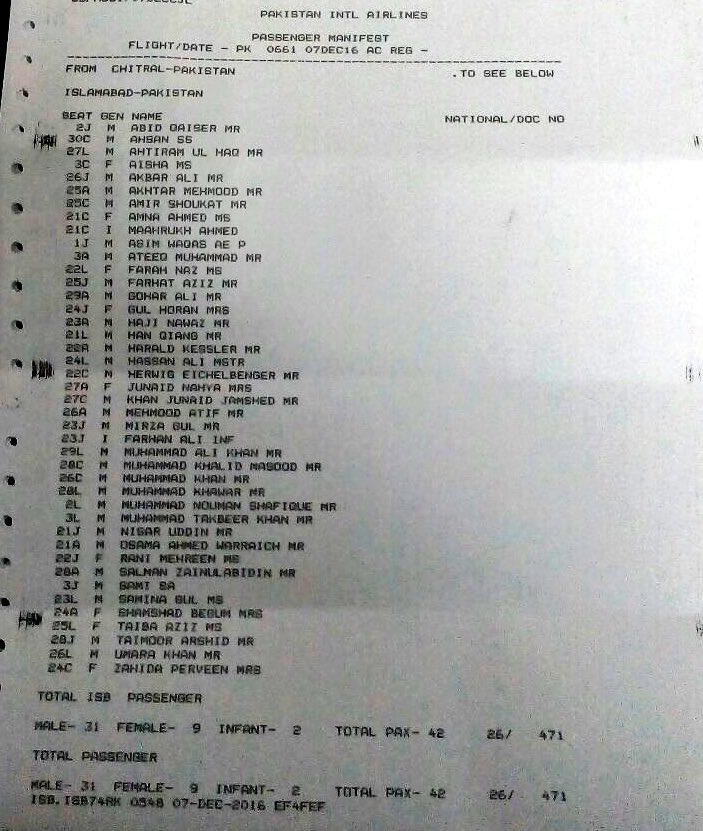 The national carrier’s flight departed from Chitral around 3:30 PM and was expected to land at Islamabad’s Benazir Bhutto International Airport at around 4:40 PM.

A PIA spokesman confirmed that the pilot of the ill-fated plane had given a ‘mayday’ distress call to traffic control before it went off the radar and crashed near the garrison town of Abbottabad.

PIA Spokesman Daniyal Gilani said there were 42 passengers, five crew members and one ground engineer on board.

The plane manifest showed there were 31 men, 9 women and 2 infants on board the flight, including three foreigners.

“It is premature to say anything at the moment, but we know that the aircraft had engine problems,” he said.

Aviation Herald, that reports daily about incidents and critical situations in civil aviation, also said the plane had “engine problems”.

A PIA Spokesperson told Express News that the aircraft which was “nearly 10-years-old” was “in good condition”.

Jamshed’s brother told the media that his brother and his wife and other members of a ‘Tableegi’ (religious preaching) group were on the flight while returning from a religious tour to Chitral.

Army troops and helicopters have been mobilised to the site of the crash, Inter-Services Public Relations said.

Abid Ali, a senior official of the national disaster and management cell, said rescue work was underway at the crash site and six helicopters were being used in the operation but it would take time to recover the debris and all bodies as the crash took place in a mountainous region.

The flight initially left from Peshawar for Chitral and was returning to Islamabad from there before it went off the radar.